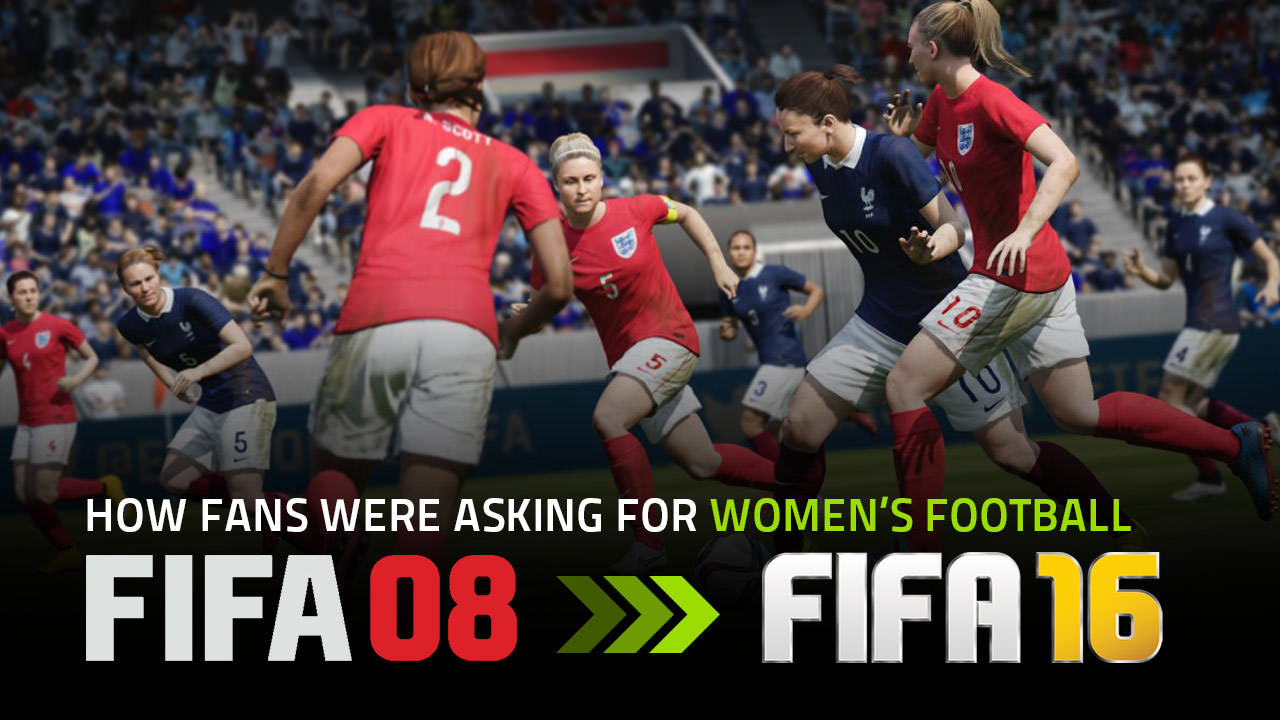 FIFA 16 will have Women’s Football, a feature that has been asked by FIFA fans since 2006.

FIFPlay website has been launched in September 2006 – just before FIFA 07 release, aiming to build a community for FIFA fans to deliver their feedback and ideas to FIFA developers at EA.

Our very first wishlist setup for FIFA 08, which got over 10,000 ideas from the fans to improve the next version of FIFA then. They were asking EA to add to FIFA 08 the features such as more leagues, new career mode, dynamic weather, being a goalkeeper mode and etc.

One of the features that requested by fans then, was Women’s Football. Over 15 people asked EA to add Women to the game for FIFA 08. Below is the very first comment for adding Women’s Football to FIFA franchise which made by our user Dmitri Nezboretski on Sep 24, 2006:

Dmitri wasn’t the only FIFA fan who’s asking for it, there have been 46 other people who wanted the same.

Women’s football never added to the game then, but people continued asking for it every year until FIFA 16 – It has been in our Most Wanted Wishlist for FIFA 16. Below is also the latest comment on it which has been made by Robert on May 26, 2015 – Just two days before FIFA 16 Women’s Football feature announcement:

We could guess what FIFA fans want to have for the next version of FIFA regarding women’s soccer. It could be more national teams and clubs, more players and most importantly domestic women’s leagues. And what FUT users want? Well, obviously! EA please make the female players available in FIFA Ultimate Team mode!