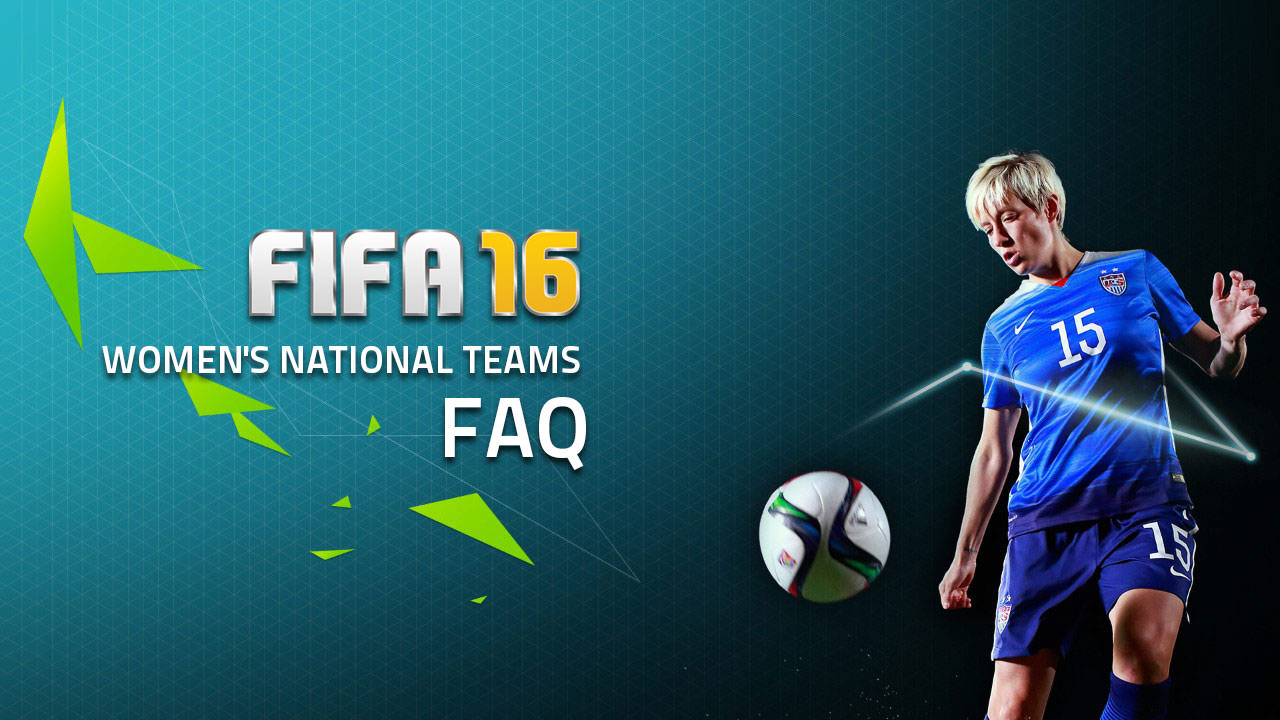 FIFA 16 fans will be able play as women’s national teams in a variety of game modes such as Kick Off, an Offline Tournament, and Online Friendly Matches.

Here is some frequently asked questions (FAQ) regarding this feature which is provided by EA Sports:

Can women’s teams play against men’s teams?
Keeping in line with how women’s football is played in real life at this level, women’s national teams can only compete against each other in FIFA 16.

Can I play with women in FIFA Ultimate Team (FUT)?
No, and that’s because FIFA Ultimate Team relies on having a wide range of players in order to build out a viable environment and Transfer Market. Due to the relatively small number of women’s players in the game, and because women’s and men’s teams don’t compete against each other at this level in the real world of the sport, we decided not add women to Ultimate Team in FIFA 16.

Why aren’t all Women’s National Teams in the game?
We would love to have more teams in the game. However, since adding female players is a new feature for the franchise, we were limited in how many teams and players could be added.

Can we expect to have more women’s teams added in future FIFA games?
Right now we’re focused on delivering the best possible experience in FIFA 16. As with any new feature, we will listen to player feedback for any potential future games.

Why did EA introduce women into the game this year?
This has been a top fan requests and we have considered doing it for years. With FIFA 16, we’ve made the necessary advancements in gameplay, such as new locomotion and unique player models which were based on motion capture and 360 degree body scans of some of the games top female players. That allowed us to accurately and authentically represent how these athletes walk, run, sprint and move horizontally. To complement the realistic animations and attributes, our mobile head-scanning unit traveled the world in order to capture facial features and hairstyles, ensuring that the players look as realistic as possible.