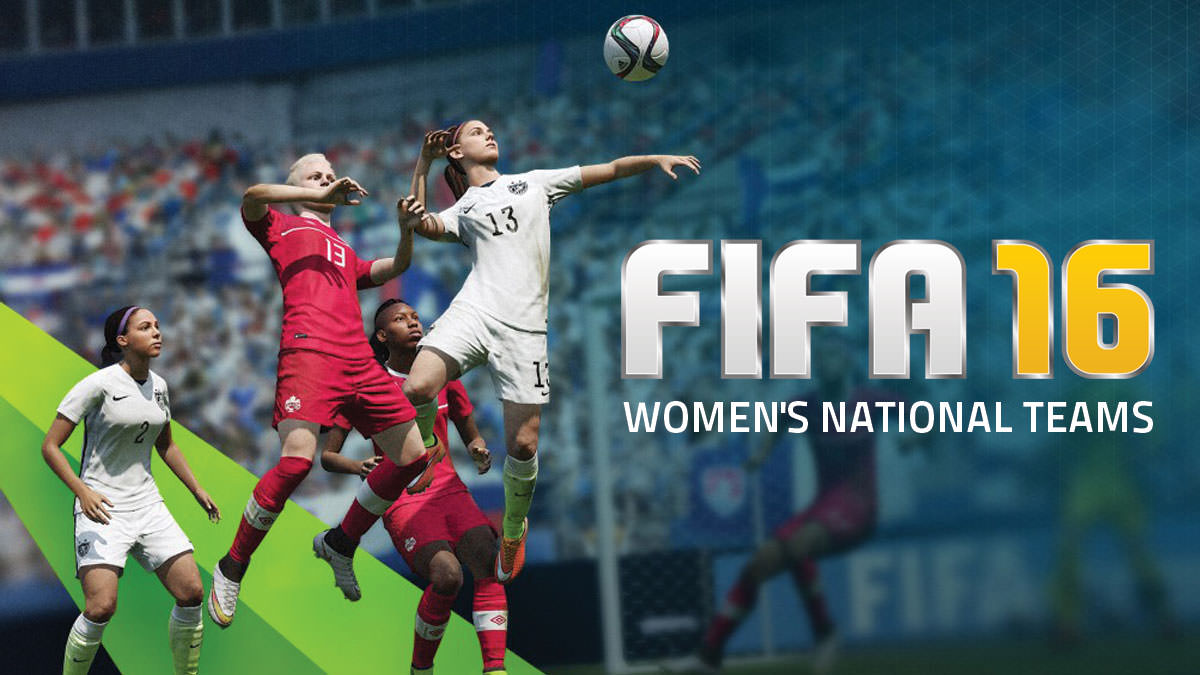 EA announced that FIFA 16 features 12 Women’s national teams, one of the most requested features in recent years.

FIFA 16 women’s national teams will be available to use in Match Day, Offline Tournament Mode, and Online Friendlies (Not available in FIFA Ultimate Team).

Here is the complete list of country women’s team in FIFA 16:

EA said that they worked with each federation to capture head-scans, facial features and hairstyles of all the players included in-game. Apparently, in some cases, EA people had to take their mobile headscanning unit to a number of different tournaments and events around the world.

Additionally, they invited members of the Canadian and US national teams to EA Capture Lab in Burnaby, BC to record player movement and help in the development of new player models.

“Bringing some of the best women’s players and teams in the world to our franchise is a massive event for EA SPORTS, and we are equally excited about bringing millions of fans a new way to play,” said David Rutter, VP and GM, EA SPORTS FIFA. “We’re making sure fans get an authentic experience when playing with Women’s National Teams thanks to our innovative player capture and reference tools, as well as the sophisticated gameplay platform which we will continue to innovate on in FIFA 16.”

From all new player movement and likeness, to realistic animations and attributes, the FIFA development team have authentically recreated 12 of the top-ranked teams in the world. Capturing all new player movement was done with meticulous detail and supported by a motion capture session at EA Canada with four top players from United States Women’s National Team: Sydney Leroux, Abby Wambach, Alex Morgan, and Megan Rapinoe. The players’ movements helped to build new locomotion for women in FIFA 16 including new walks, runs, sprints, and horizontal movement. Soccer Canada also visited EA to provide full-player references captured using the 360 degree body scanning rig – the references were then used to develop new player models. And the mobile headscanning unit travelled to a variety of tournaments and events around the world to capture facial features including hairstyles to ensure players look as realistic as possible in FIFA 16. Players in the game will look and move in game like they do on the pitch when representing their country.

“I honestly can’t believe all of the science and technology behind the game itself, let alone getting us into the motion capture suits and eventually into the game,” said Abby Wambach, world record holder for International goals scored and forward, United States Women’s National Team. “We’re all excited to see ourselves in the game, but even more excited to see the reaction from all of the fans, including the fans of our team that maybe wouldn’t be expecting something like this from EA SPORTS.”