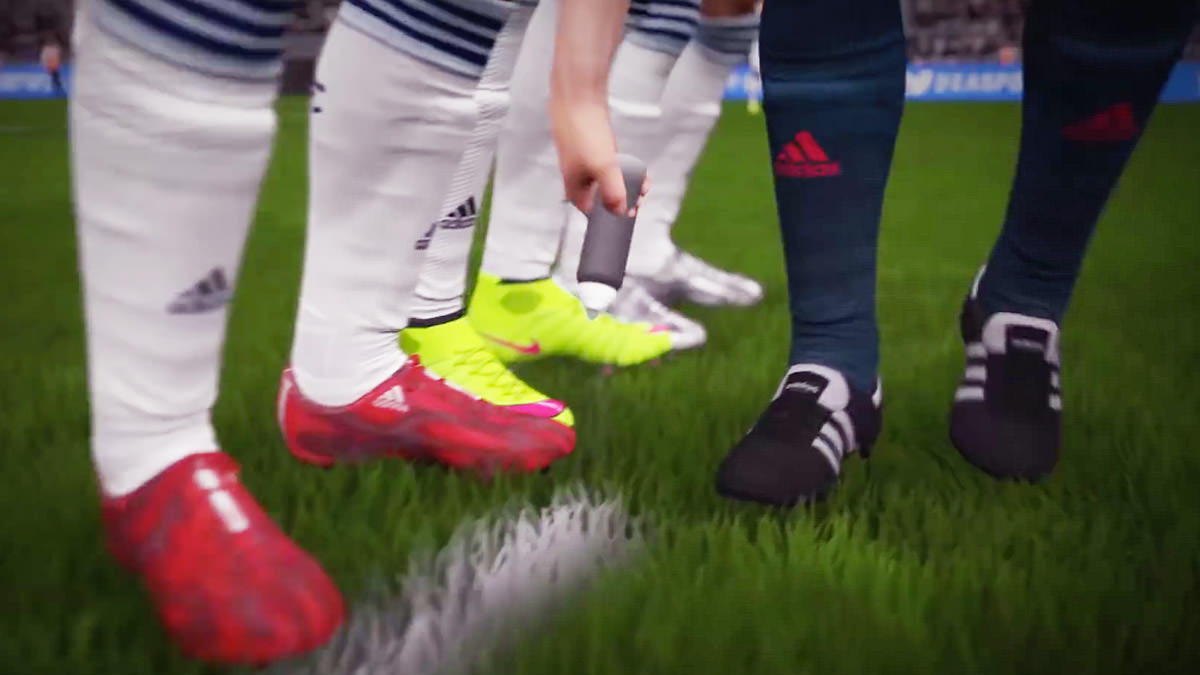 Referees in FIFA 16 have vanishing spray for free kicks, one of the most wanted items in FIFA 16 wishlist.

Vanishing spray or vanishing foam is a substance applied to football field by referees in order to provide a temporary visual marker. In real football, referees use the vanishing spray to enforce the rules as to the minimum distance that defending team’s players must remain from the ball during a free kick, as well as the spot from which the kick is taken.

In FIFA 16, referees also do have this spray and they will use it for free kicks. Above picture is a screenshot captured from FIFA 16 game showing the ref is applying the visual marker using a spray before taking a free kick.

FIFA fans were asking for free kick sprays to be in the game since last year. It became one of the most asked suggestions in fan’s wishlsit – www.fifplay.com/fifa-16-wishlist-most-wanted

FIFA 16 will be released in coming September. You can pre-order FIFA 16 from www.fifplay.com/fifa-16-pre-order.