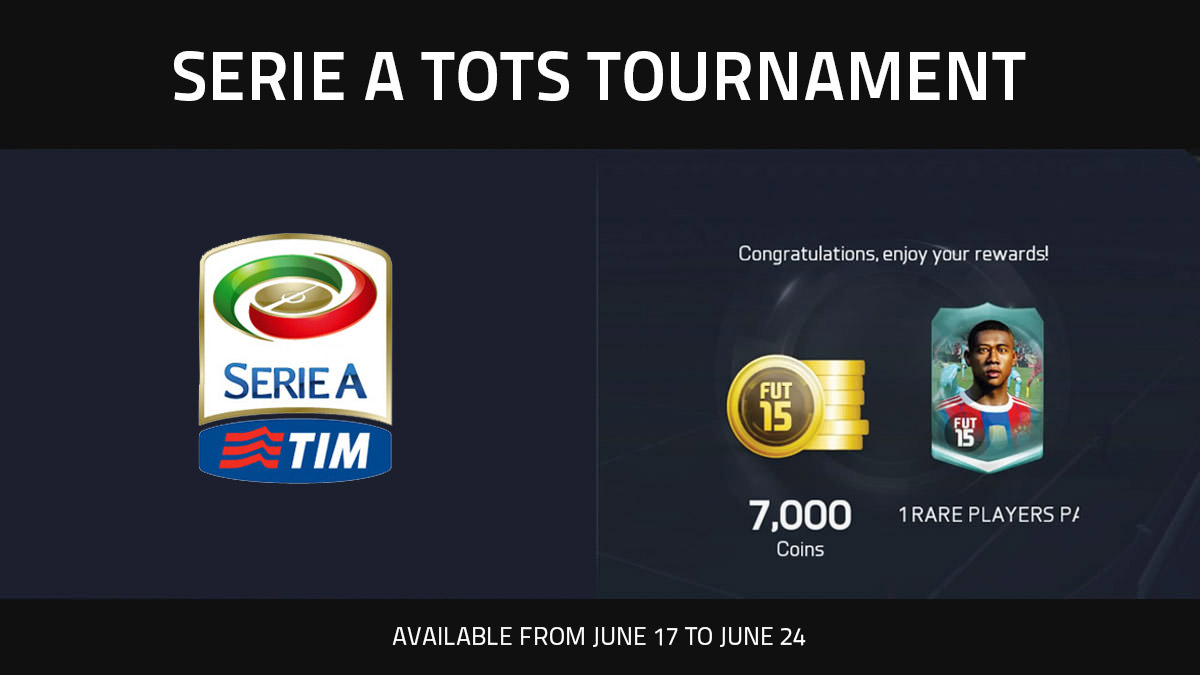 FIFA 15 Ultimate Team TOTS (Team of the Season) Italian Serie A tournament is available from June 17 to June 24, offering 7,000 coins and a 1 rare players pack as tournament bonus.

After Team of the Season Serie A squad announcement, the new TOTS tournament has become available as single player and online modes, offering 1 Rare Players Pack and 7,000 coins to the title winners.

Below is the detail for Italy Serie A TOTS tournament:

Serie A TOTS
Exact number of players from Serie A: 18 in the squad’s Starting 11 and Subs.

By winning SERIE A TOTS tournament and getting rare players pack as bonus, you will have the chance to get Italy Serie A TOTS players if the pack opening happens between June 17 and June 24.