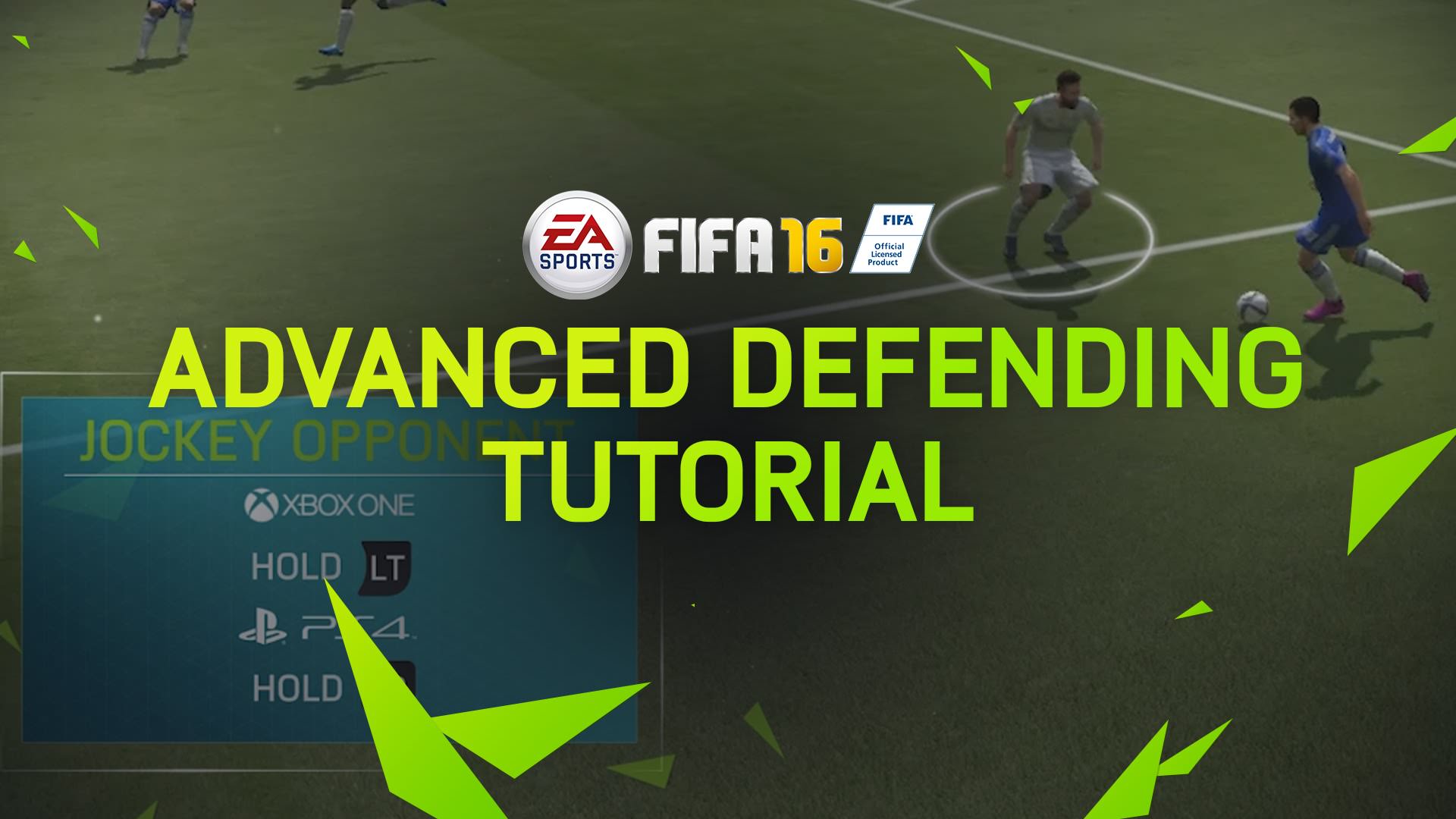 FIFA 16 advanced defending tutorial. With these EA Sports tips given in the above video and the article below you can improve your defensive skills in FIFA 16 and prevent your opponent’s attacks.

Team Mate Contain
Team mate contain calls your other A.I. defender to apply extra pressure on your opponent. Take note that you should not overuse it.
Xbox One: – Hold RB
PS4: Hold R1

Push and Pull or Hold
Disturb your opponent’s run with Push/Pull or Hold. Don’t overuse it, especially when your opponent is in your penalty box.
Xbox One: Tap B or Hold B
PS4: Tap O or Hold O

Apply Custom Tactics
With custom tactics feature in FIFA 16 you can create a tactic with deeper defensive line. Custom Tactics is accessible in Team Management menu before you go to the game.