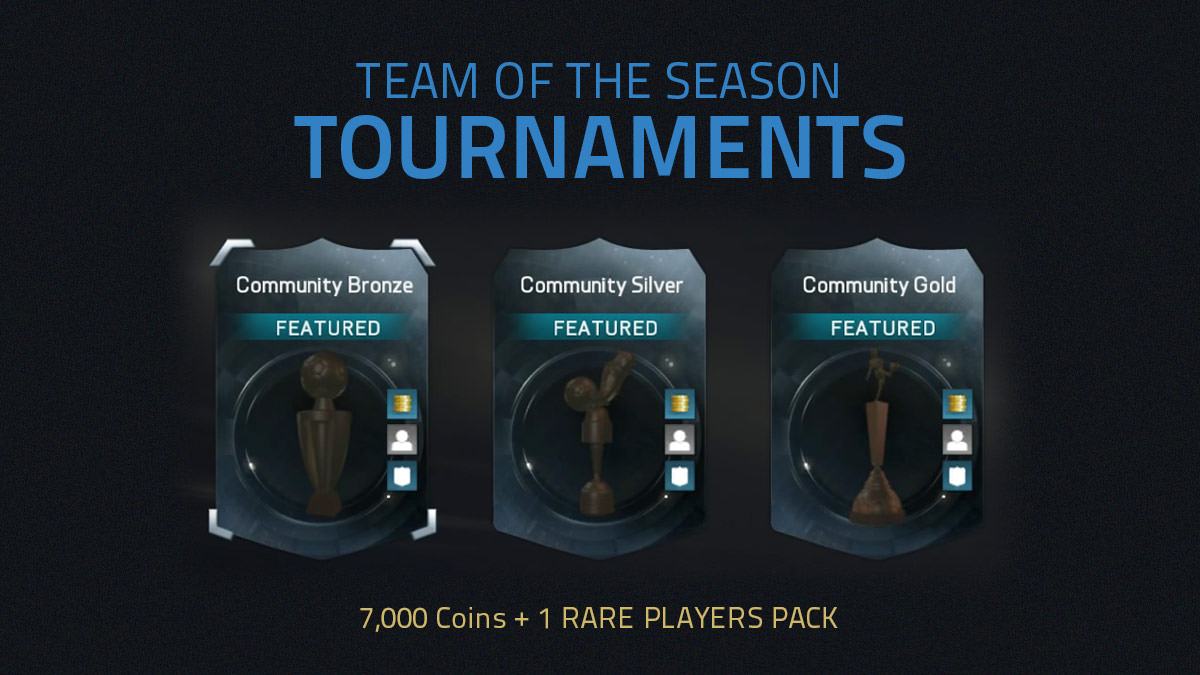 FIFA 15 Ultimate Team TOTS (Team of the Season) tournaments are available from May 20 to May 27, offering 7,000 coins and 1 rare players pack as tournament bonus.

Note: After the first title win, the bonus will be changed to 5,000 coins and 1 Premium Gold Players Packs

By winning TOTS tournaments and getting rare players pack as bonus, you will have the chance to get TOTS players if the pack opening happens between May 20 and May 27.