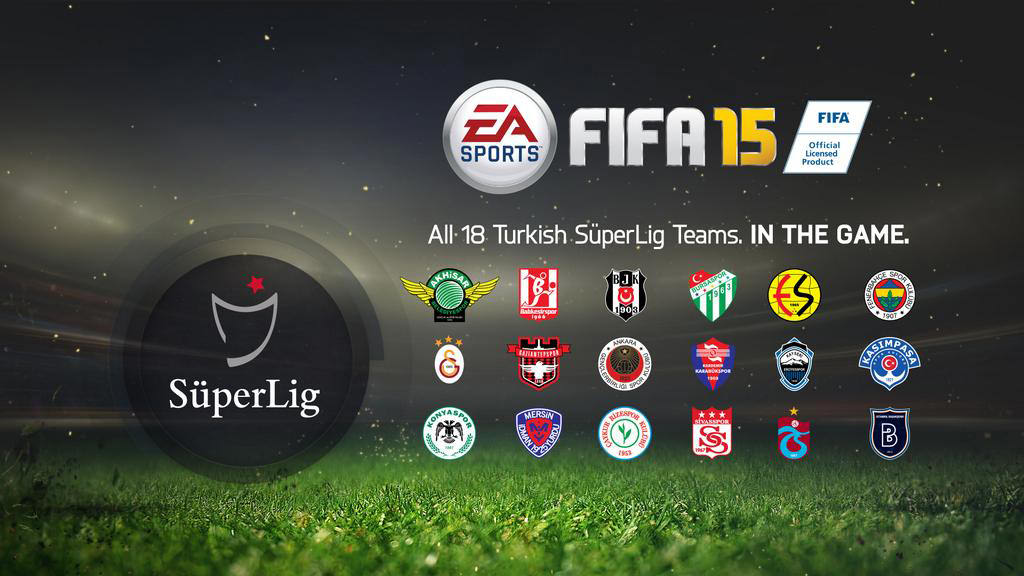 EA Sports today announce that this year all 18 Turkish Süper Lig clubs will be featured in the new FIFA 15, launching September 2014.

For the last few years, the loudest and most frequent fan request has been to include the Turkish League in EA SPORTS FIFA. We are very excited to finally bring the most requested league to FIFA 15.

From defending champions Fenerbahçe and perennial contenders Galatasaray, Beşiktaş, and Trabzonspor to newly promoted Başakşehir Spor Kulübü, Balıkesirspor and Mersin İdman Yurdu’na you will be able to play as any of the 18 clubs that play in Turkey’s highest-tier league. All clubs will feature authentic logos, kits, and rosters.

Players such as last season’s leading scorer Aatif Chahechouhe of Sivasspor, Fenerbahçe’s Moussa Sow and Beşiktaş goalkeeper Tolga Zengin, as well as World Cup stars like Galatasaray’s Wesley Sneijder, will be featured in FIFA 15 Ultimate Team, the most popular mode in the game.