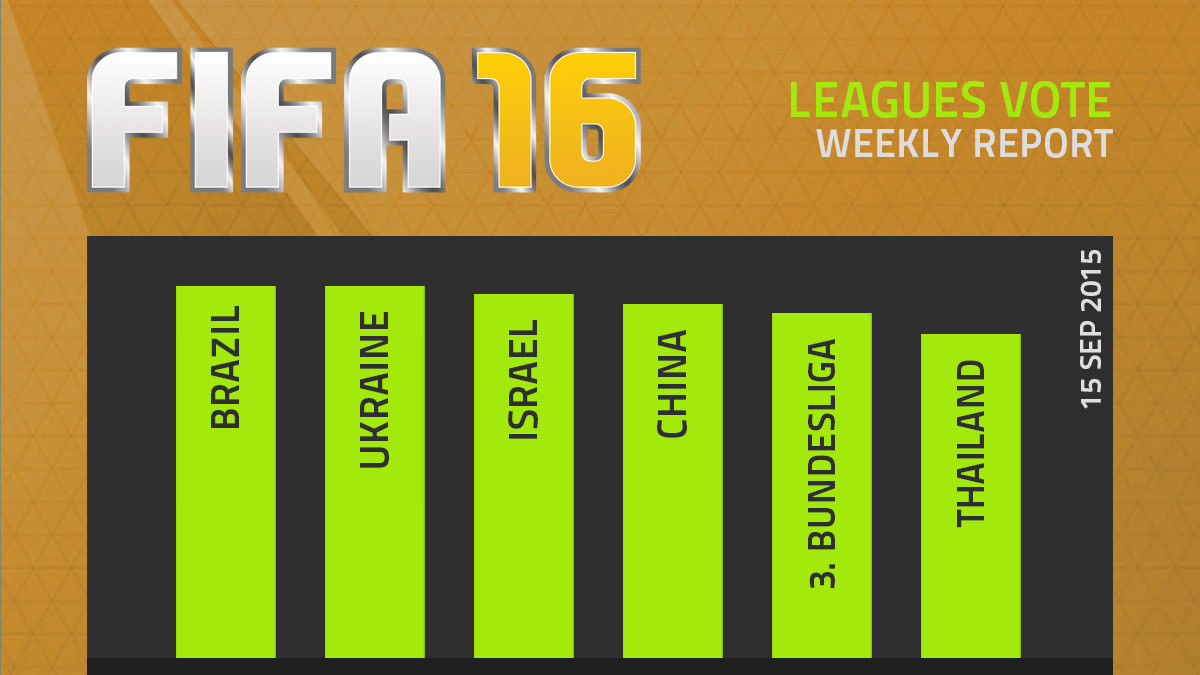 2,827,218 votes submitted by FIFA fans for 64 countries.
The countries Brazil, Ukraine and Israel are in the Top 3 list.

FIFA 16 doesn’t have any new league added to the game, but 16 Brazilian clubs playing the first division of Brazil league have been add to the game’s Rest of the World menu.

To drop your vote for FIFA 16 Leagues, go to www.fifplay.com/fifa-16-leagues-vote

This survey is NOT an official poll from EA Sports. FIFPlay is setting up this poll every year to encourage Electronic Arts for FIFA franchise leagues licensing. The results of these surveys will be sent to EA.