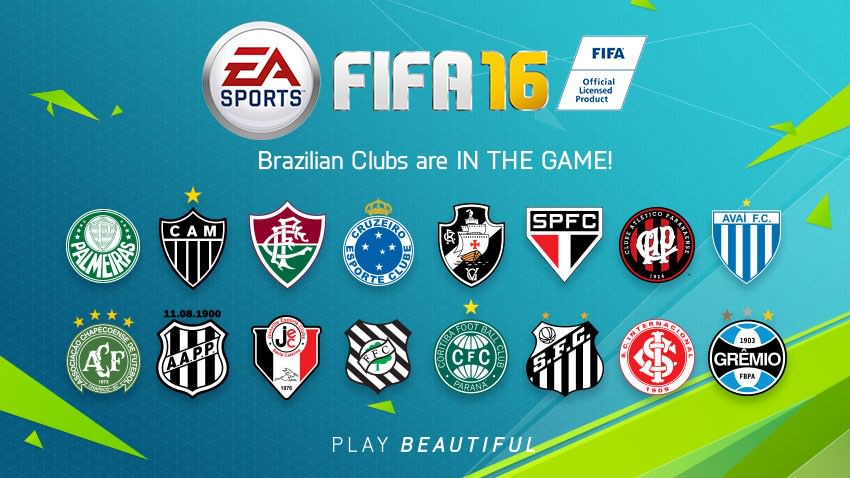 EA Sports today announced that 16 Brazilian teams will be available in FIFA 16, in Rest of the World category.

In a survey, FIFPlay asked the community to vote for the leagues they would like to see in FIFA 16 game. The Brazilian league got the most of the votes (6%, 162,000+). Although the Brazil league could’t make it in to the game, its teams did that instead.