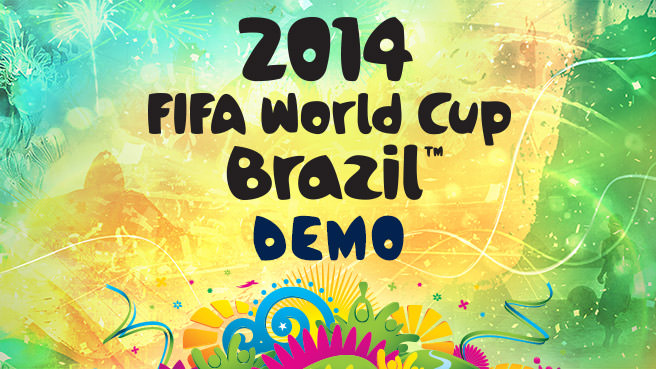 2014 FIFA World Cup Brazil demo version is now available for Xbox 360 at Marketplace and for PS3 at PlayStation Store for free download.

Fans who download the demo will be able to play Kick-Off in Estadio do Maracana, the stadium that will host the World Cup Final, as Brazil, England, Mexico, United States of America, Japan, Ivory Coast, Australia, and New Zealand. The new adidas® brazuca, official match ball for the 2014 FIFA World Cup Brazil, will also be available in the demo.

The full release of the game is available beginning on April 17 in the United Kingdom. 2014 FIFA World Cup features the deepest set of game modes ever in an EA SPORTS tournament title, all new gameplay innovations and improvements, and a rich presentation that captures the color and vibrancy of Brazil. With 203 national teams, 7,469 players, 19 officially licensed managers, and 21 new stadiums including all 12 authentic stadiums from Brazil, EA SPORTS 2014 FIFA World Cup Brazil will put fans in control of their nation’s fate.