The Pitch is Ours! … Konami reveals full content list for PES 2015 … On-field focus supported by stunning modes and online and offline advances.

Konami has announced full details of the many additions it has made to the forthcoming PES 2015. With the publisher previously announcing its intent to elevate the game’s on-field realism to all-new levels, it has now confirmed PES 2015 both on and offline.

“The pitch is ours” is the ethos that dominates PES 2015. Through the combined efforts of the Tokyo and Windsor-based PES Productions team, the aim has been to recreate the drama and tension associated with a vital match. PES 2015 marks a concerted return to core PES values of total control, utterly responsive controls and unrestricted gameplay, where the user has complete control over how they play. Evert pass, shot or run is finely balanced to give maximum player satisfaction within PES 2015’s on-field action.

By looking at key facets of modern football, the PES Productions Team has completely reworked how the game performs key sections. The shooting and goal-keeping mechanics benefit from a new system that allows precise aim and control over a shot’s power and also unlimited shot styles. Similarly, the ‘ keepers intuitively close angles and are capable of an amazing number of ways to react to any situation. Passing and the final ball to the front line has also been expanded, allowing for little knock-ons and powerful daisy-cutter passes that use new physics routines to ensure the ball realistically behaves as it would. Close control also steps up a gear, with the player governing both the positioning of a player, but with greater options of how to dribble into space or beat your marker. 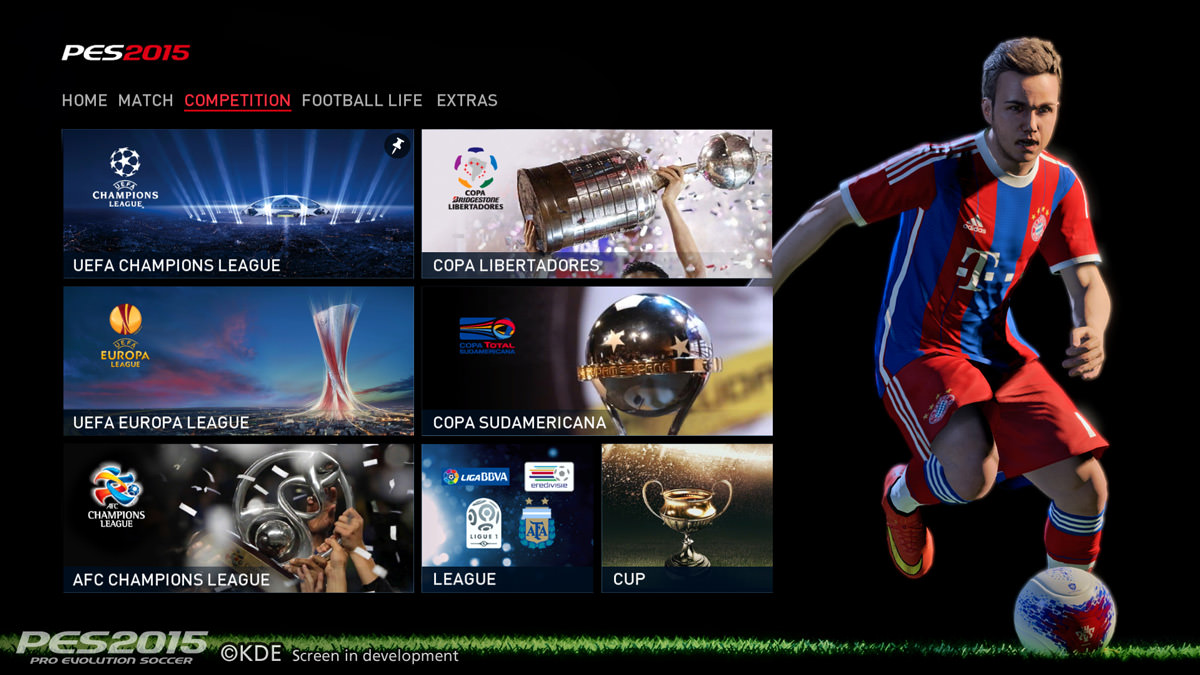 Key On-Field Advances
– Incredible Response Times: Lightning fast controls allows users to instinctively react to every movement when the ball is in play.

– On The Ball Abilities: Take on defenders using each player’s bespoke dribbling skills, as opposed to relying on ‘trick’ moves. New skills include Close control, responsive sprint and incorporating a much wider range of pace – from walking to sprinting.

– Case for Defence: Users have complete control over when to close down, tackle, or hold up play. Successful defending is based entirely on the decisions the user makes.

New Generation Highlights
– Behavioural Patterns: PES 2015 now boasts a huge array of players that both look and play like their real-life counterparts. KONAMI has faithfully recreated over 1000 players this year, with bespoke animations and playing styles across its extensive player roster. Teams automatically adopt their real-life game plan, whether it is counter-attacking, out wide, or defensively minded. They run like they should, play the way they do in real life, and react emotionally as they would to fouls, goals or referee decisions – with their frame of mind actually affecting how they play! 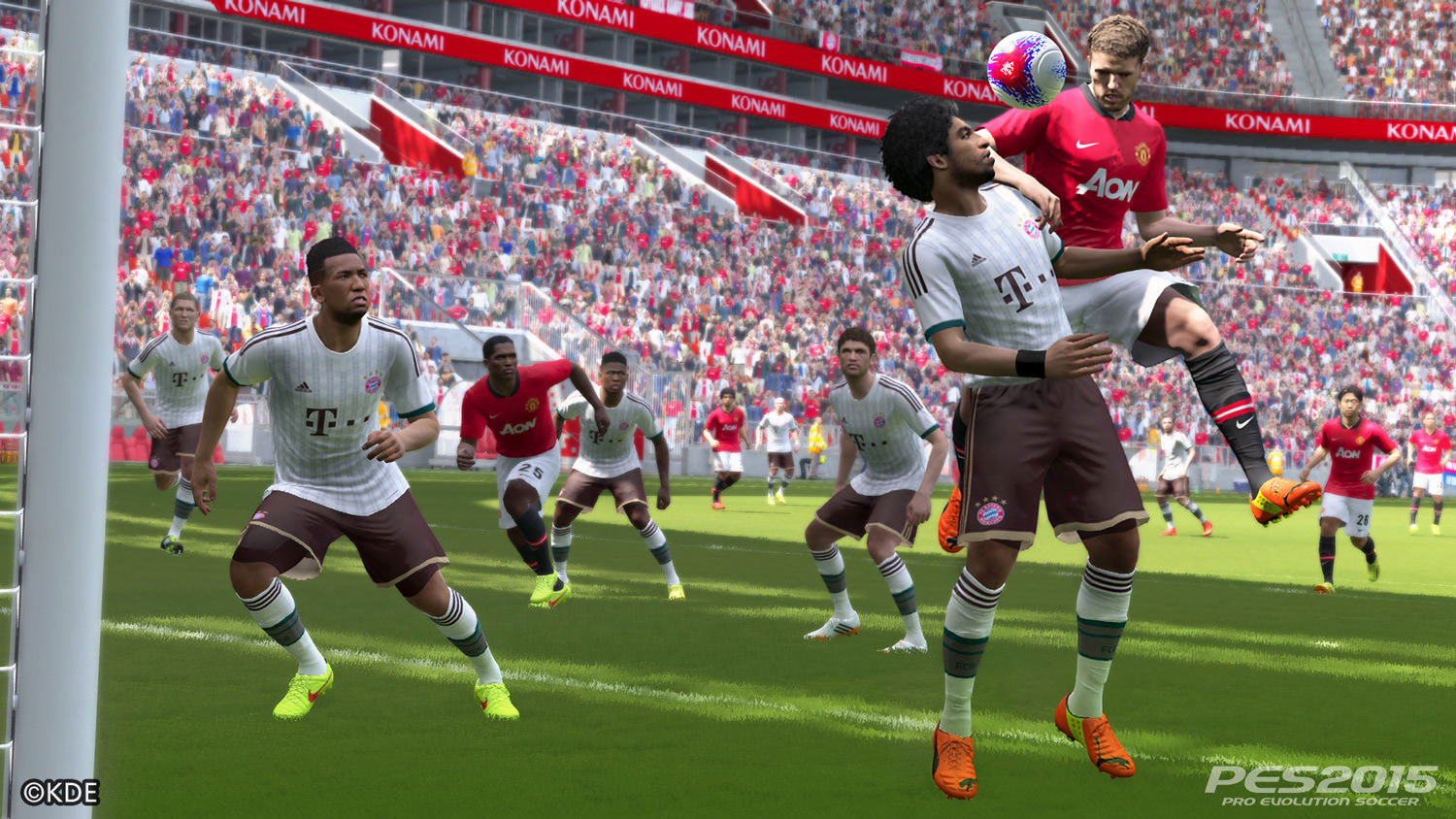 – Poetry in Motion: The individuality of the players is further enhanced with seamless animations. No sacrifice to animation has been made in the pursuit of fast response, yet the movements flow effortlessly calculated in real-time and dependent on the player’s position in relation to the ball and its speed. Player models themselves are also carefully enhanced.

– Bring the Noise: PES 2015 mirrors the atmosphere of a top-flight match. The crowd animations have been hugely enhanced, and the ebb and flow of a match is met with context-sensitive crowd effects and movements.

– Let There Be Light: All in-game elements from players to crowd and stadium now benefit from a single source of lighting naturally bringing the game to life.

PES ID Advances
– PES ID: Teams are set up to play as they do in real-life, while their star players will work within this framework, but will be instantly recognisable via their runs and playing styles. The world’s greatest teams will not just move and find space like they would in real life. They will defend or attack like them automatically.

– Realistic Abilities: While the world’s greatest players are indeed capable of moments of incredible skill, PES 2015 focuses on their abilities as a player and not their flicks and tricks. Beating a man using pace and close control is key to attacking play, and only those that can will get away with rainbow flicks will. And, even then, not every time … 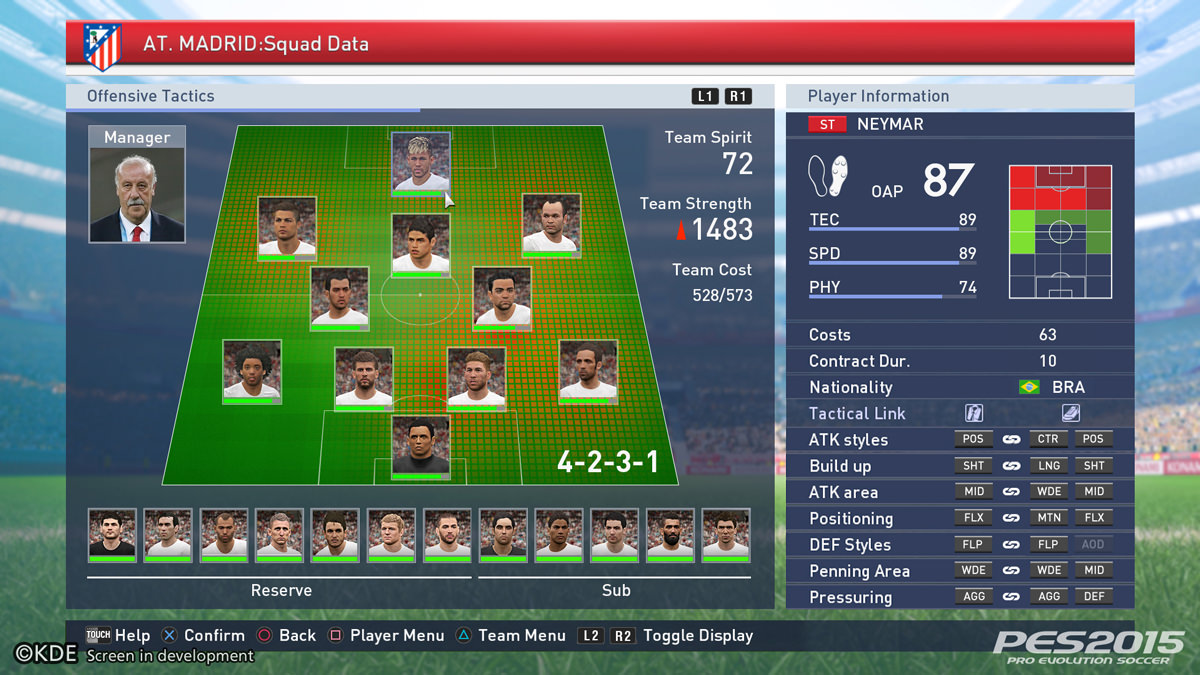 All-New Modes
– myClub: Demanded by fans of the series, an extensive Master League Online overhaul allows players and managers to be added using accumulated GP points or via micro-transactions within club dealings. Agents are now used to meet player requirement criteria, while unhappy players can upset the balance of a side to detrimental effect. Team Sprit plays a key role, as the compatibility of the manager between the player, players with other teammates creates better teamwork impacted the on field performances.

– Live Updates: Weekly DLC updates will constantly update transfers and team line-ups across the English, French, Italian, Spanish and Brazilian leagues. Player data also updated based on current performances every week, so if a player is on a goal-scoring streak, his stats will be boosted accordingly in the update. Applied to online modes and optional within single-player mode.

– Adaptable Match Environments: A good manager knows how to give his side every advantage. As manager, players can request the grass be left long to slow down short play, or watered to suit a passing style. You can tailor any part of your stadia to suit your bespoke needs.

– Accurate Player Stats: The player parameter system for PES has been completely rebuilt, working with key community sites across the globe to create the most realistic player stats database.

– Second Divisions Added: PES 2015 features the second tier leagues from England, Spain, Italy and France for the first time in the series, vastly expanding the database of upcoming players to scout.

– Role Control: Role Control allows three players to divide the defensive, midfield and attacking roles between them for more structured multi-player action. This new mode means players govern their selected area and adds a new cooperative slant to the game.

– Real Managers: In a first, real managers will feature in PES 2015 across a number of European and Latin American sides.

– Unlimited Edit Modes: Stadium editor is back with the combination choices available for: Pitch patterns, Side line colours, Seat colours and Goal net design to build your own home pitch. Other edit options includes Manager Editor, new player editing options and base copies for all players. To compliment the return of Stadium Editor, new licensed stadia have been added. Aesthetic details include depth of colour and worn patches to the pitch. 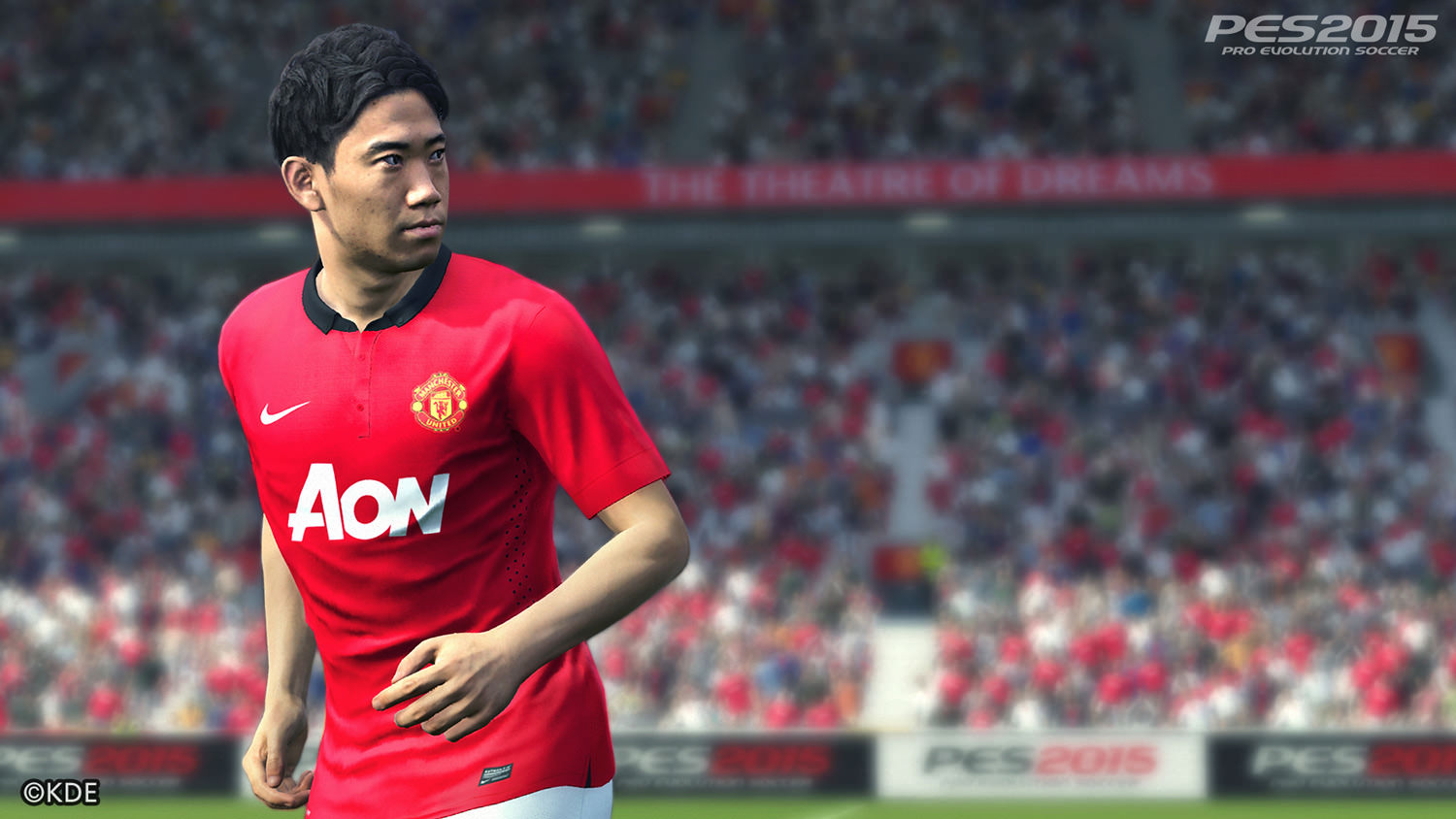 – Online Divisions: Accrue points in online matches across a season to aim for a promotion or face delegation.

– Weather: Rain has been implemented.