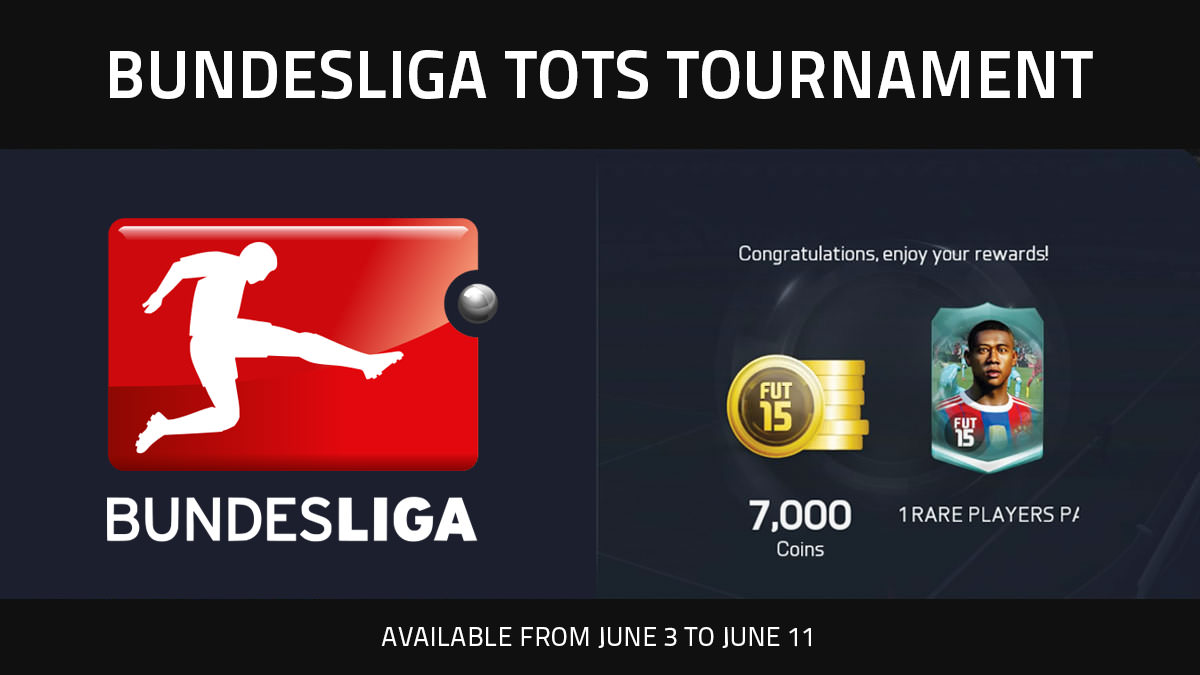 FIFA 15 Ultimate Team TOTS (Team of the Season) Bundesliga tournament is available from June 3 to June 11, offering 7,000 coins together with a 1 rare players pack as tournament bonus.

Soon after Team of the Season Bundesliga squad announcement, the new TOTS tournament has become available as single player and online modes, offering 1 Rare Players Pack and 7,000 coins to people who win the tournament.

Below is the detail for German Bundesliga TOTS tournament:

Bundesliga TOTS
Exact number of players from Bundesliga: 18 in the squad’s Starting 11 and Subs.

Bundesliga TOTS tournaments are available from June 3 to June 11, 2015.

By winning BUNDESLIGA TOTS tournament and getting rare players pack as bonus, you will have the chance to get German Bundesliga TOTS players if the pack opening happens between June 4 and June 11.