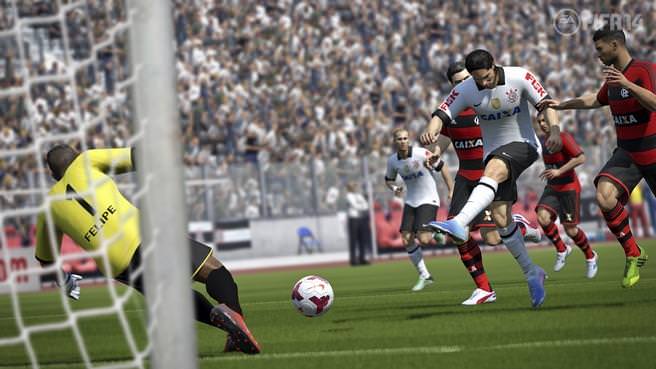 FIFA 14 rounds out the number of fully-licensed Brazilians clubs with the inclusion of São Paulo’s Corinthians. Corinthians has won five Brazilian league titles and two World Club titles throughout their 102-year history, and is one of the biggest and wealthiest clubs in Brazil.

Fans of Latin-American football can look forward to clubs from Argentina, Chile, and Colombia included in FIFA 14. In all, FIFA 14 features 33 leagues, more than 600 clubs and 16,000 players.

FIFA 14 releases at the end of September. Buy today to get access to 24 Ultimate Team packs for FIFA Ultimate Team and other cool in-game content (where applicable).