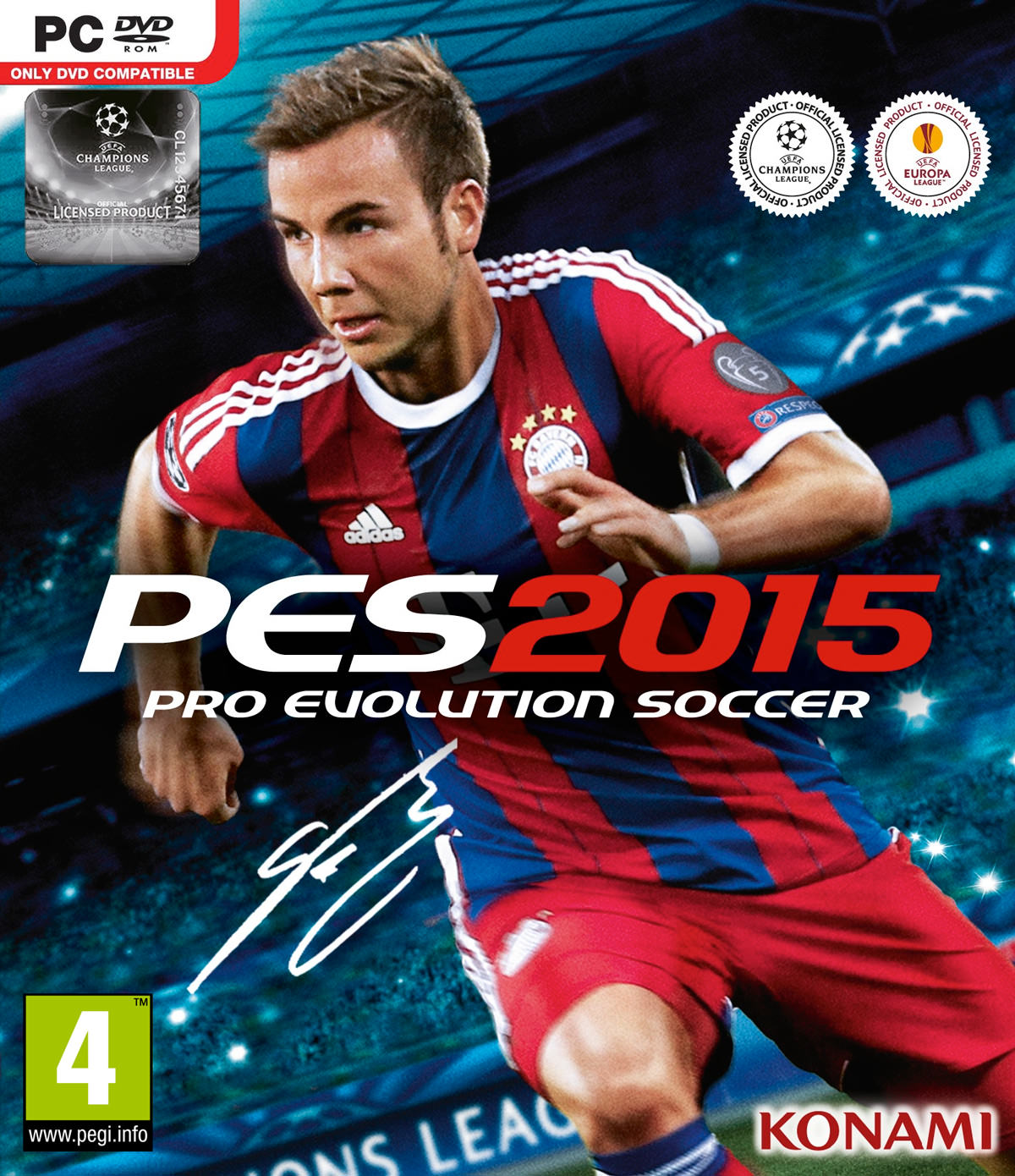 Konami Digital Entertainment B.V. has announced that Mario Götze is to be lead pack star of PES 2015, with the publisher also confirming that the new football title will be released across Europe all formats on November 13th.

KONAMI has previously announced a focus around on-field gameplay, with PES 2015 centered on the mantra of ‘the pitch is ours’. This mantra sees the game faithfully recreating the heart-in-mouth tension of top-flight football through all-new control elements, including the most authentic close control system ever, new shooting routines, realistic player and team AI that mimics that of the game’s real life counterparts, and enhanced goalkeepers. Thus, after much consideration, KONAMI feels that Mario Götze is the player that truly epitomizes the pace, skill and moments of incredible brilliance that elevate modern football.

Götze heads up PES 2015 on the back of his most successful season to date. The skillful midfielders saw his club side, Bayern Munich, win the German league at a canter. Just 23 years-old, Götze is already a lynchpin for his club and national side, and has been described as “one of the best talents Germany has ever had.” Thus, with his eye for a pass, intelligent runs, and goal-scoring abilities, the all-round play of the midfielder is the perfect fit with KONAMI’s new focus. Mario Götze will front the pack shot for PES 2015 and all marketing materials.

By looking at key facets of modern football, the PES Productions Team has completely reworked how the game performs key sections. The shooting and goal-keeping mechanics benefit from a new system that allows precise aim and control over a shot’s power and also unlimited shot styles. Similarly, the ‘ keepers intuitively close angles and are capable of an amazing number of ways to react to any situation. Passing and the final ball to the front line has also been expanded, allowing for little knock-ons and powerful daisy-cutter passes that use new physics routines to ensure the ball realistically behaves as it would. Close control also steps up a gear, with the player governing both the positioning of a player, but with greater options of how to dribble into space or beat your marker.

The announcement also comes as KONAMI confirms that the game will be released globally for PlayStation 4, XboxOne, PlayStation 3, Xbox 360 and Windows PC on November 13th. This marks the first appearance of the seminal series on the new wave of console hardware. A free demo will also be available on September 17th across PlayStation®4, XboxOne, PlayStation®3 and Xbox 360, where users will be able download and experience the most accurate, satisfying and enjoyable football game to date.