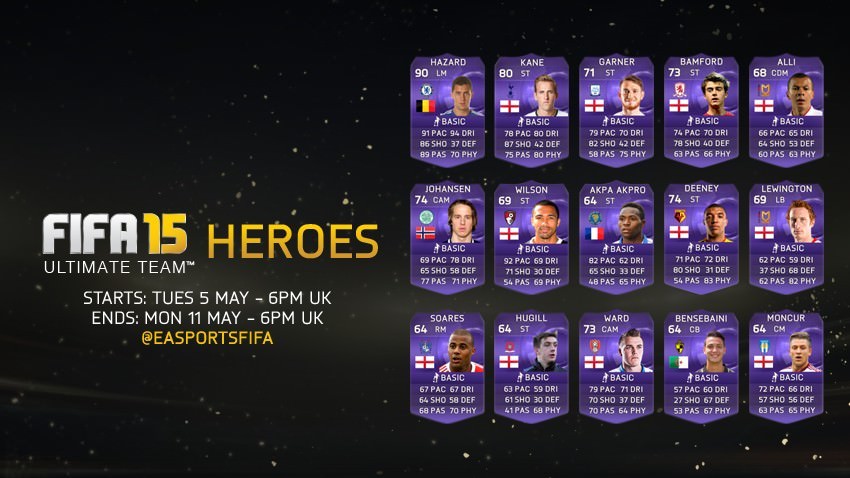 Club Hero
These honour a player’s heroic contribution during an important match such as a league derby, winning promotion to a higher league, or saving his club from relegation.

The first of these players will be available for the week until Monday, May 11 at 18:00 UK.

However, after this first round of releases, all other new hero items will be available for 24 hours much like Man of the Match in-forms.

Like Team of the Week or Man of the Match items, a player’s hero item will be rated higher than his previous in-form but below his potential Team of the Season and/or Team of the Year in-form.

If a player who is already selected for the Community Team of Season receives a Hero item before Team of the Season launches, he will not be removed from the Community TOTS.