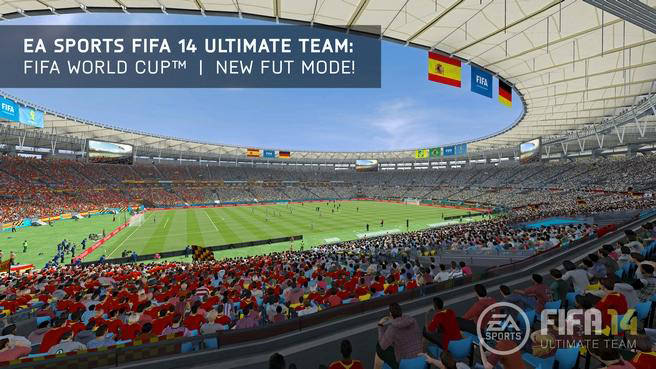 FIFA 14 Ultimate Team fans will also have the chance to write football history. With Online and Single Player tournament modes, players can compete through the group stage and knockout phases in order to win the FIFA World Cup. By winning matches, players will earn in-game virtual coins that can be used to acquire packs in the FIFA 14 Ultimate Team: World Cup Store to strengthen their squad. Fans can increase squad chemistry by finding and playing with players from the same country or governing confederation.

Which platforms is FUT World Cup available on?
FIFA 14 Ultimate Team World Cup is available as a free update to EA SPORTS FIFA 14 on Xbox 360, Xbox One, PlayStation 3, PlayStation 4, and PC on May 29, 2014.

How can I add new players to my squad?
Players can be added to your squad by buying packs with FIFA Points or coins in the FUT World Cup Store. You’ll also be awarded coins and packs as you progress through the World Cup.

Can I trade my players in FUT World Cup mode?
No. To keep the tournament experience authentic, items from FIFA 14 Ultimate Team World Cup are unique, untradeable, and can only be found in World Cup packs. However, you’ll receive one free Gold pack in FUT 14 for every pack purchased in FUT World Cup.

Will I be able to manage multiple squads?
In FUT World Cup, you will manage a single squad and lead them to World Cup glory. However, you can keep more players than the 23 available in your squad. Simply search your Club to add them to your squad.

Will my Club players from FIFA 14 Ultimate Team be available in FUT World Cup?
No. To keep the FUT World Cup as authentic as possible, you won’t be able to bring your current squads to the FUT World Cup. This is a completely separate experience, with no need to worry about your existing FUT squad.

Will I be able to use my coins from FIFA 14 Ultimate Team in FUT WC, and vice versa?
Yes, you can use your FUT 14 coins and FIFA Points in FUT World Cup to purchase packs from the FUT World Cup Store.

Will FUT World Cup player ratings be the same as FUT 14?
Some players in FUT World Cup will feature ratings different than FUT 14.

Will these new FUT WOrld Cup player ratings be carried on into the future?
At this time, player ratings in FUT World Cup have been created for this new mode only.

Can I play a friend online?
No, Play-a-Friend mode is not available in FUT World Cup. Instead, players can compete in the full 32-team FIFA World Cup tournament mode both online and offline.

Can I access FUT WC from the Web App or Mobile Companion App?
No. FUT World Cup can only be accessed from your retail copy of FIFA 14.

How will chemistry work in FUT World Cup?
Players can build team chemistry by linking up with other players from the same country or confederation (Europe, South America, Africa, etc). 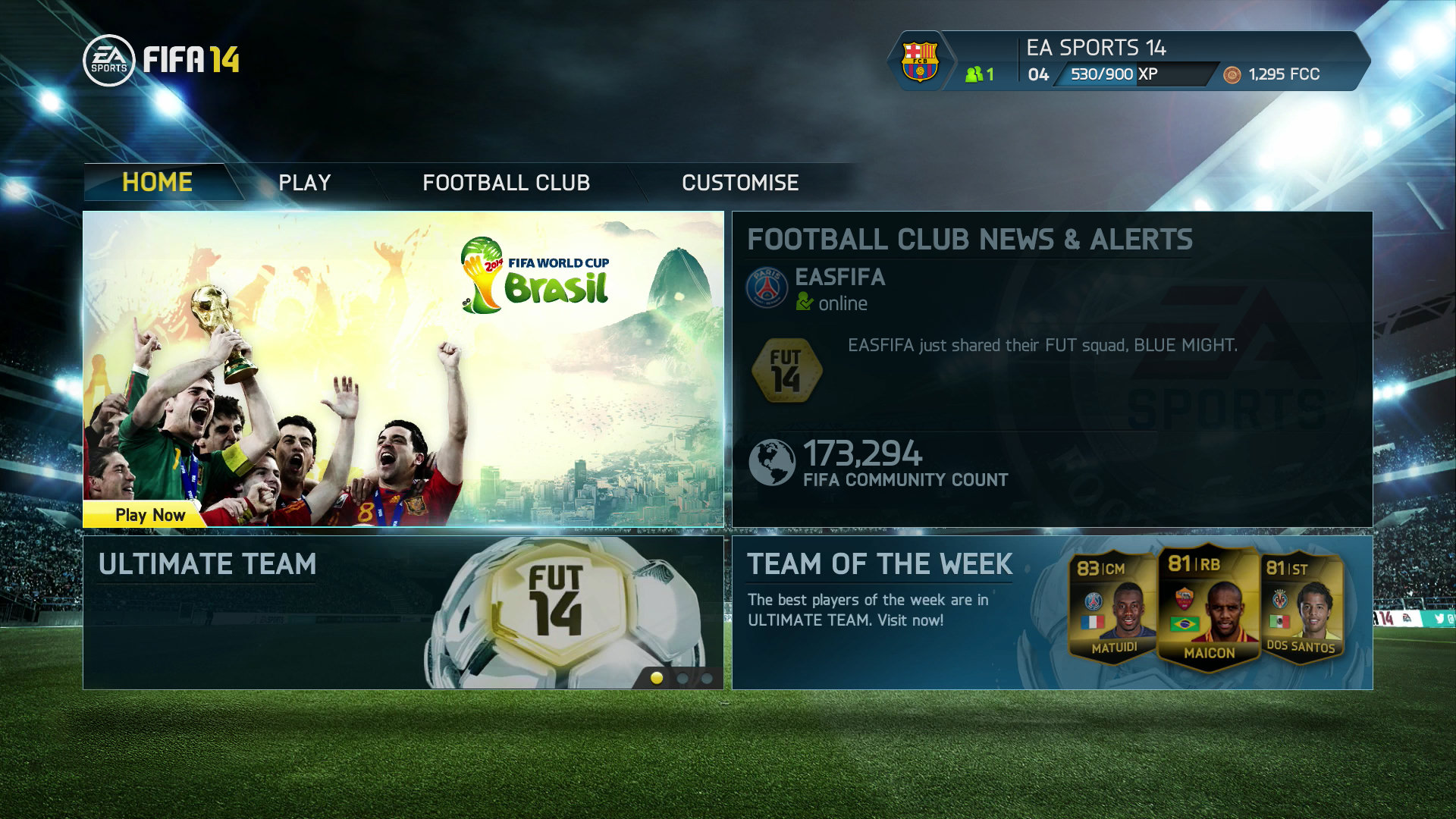 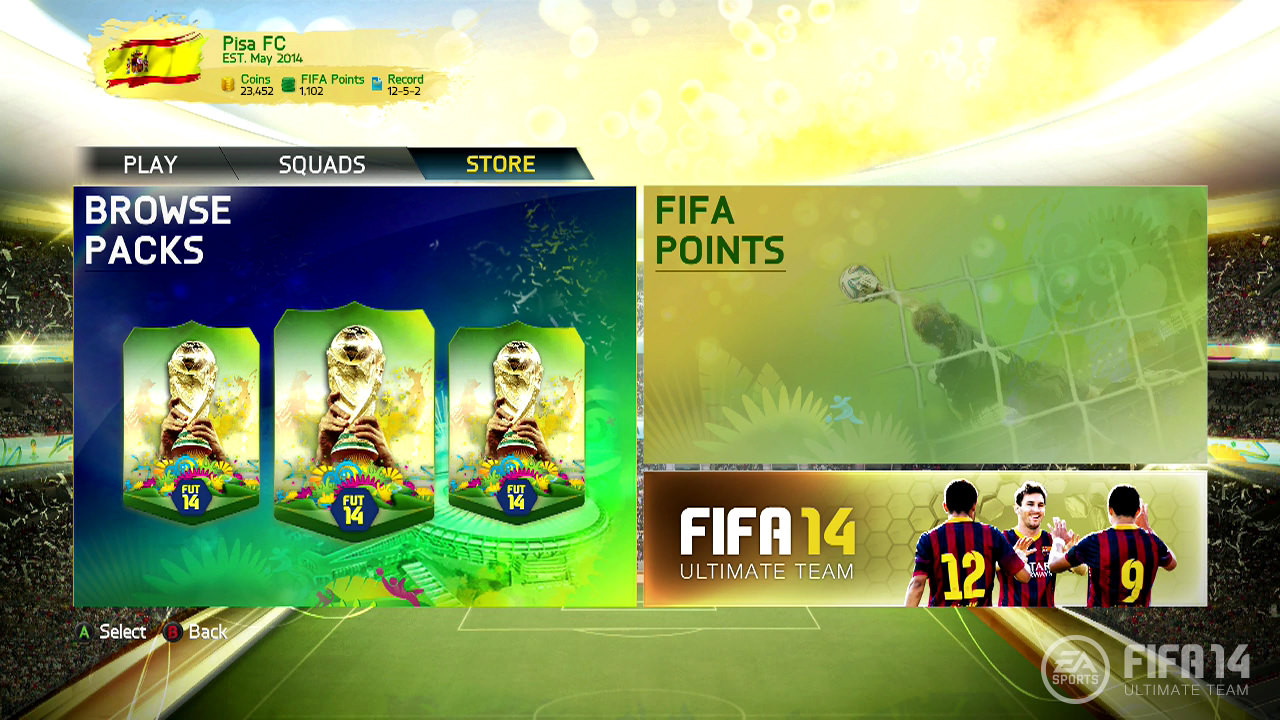