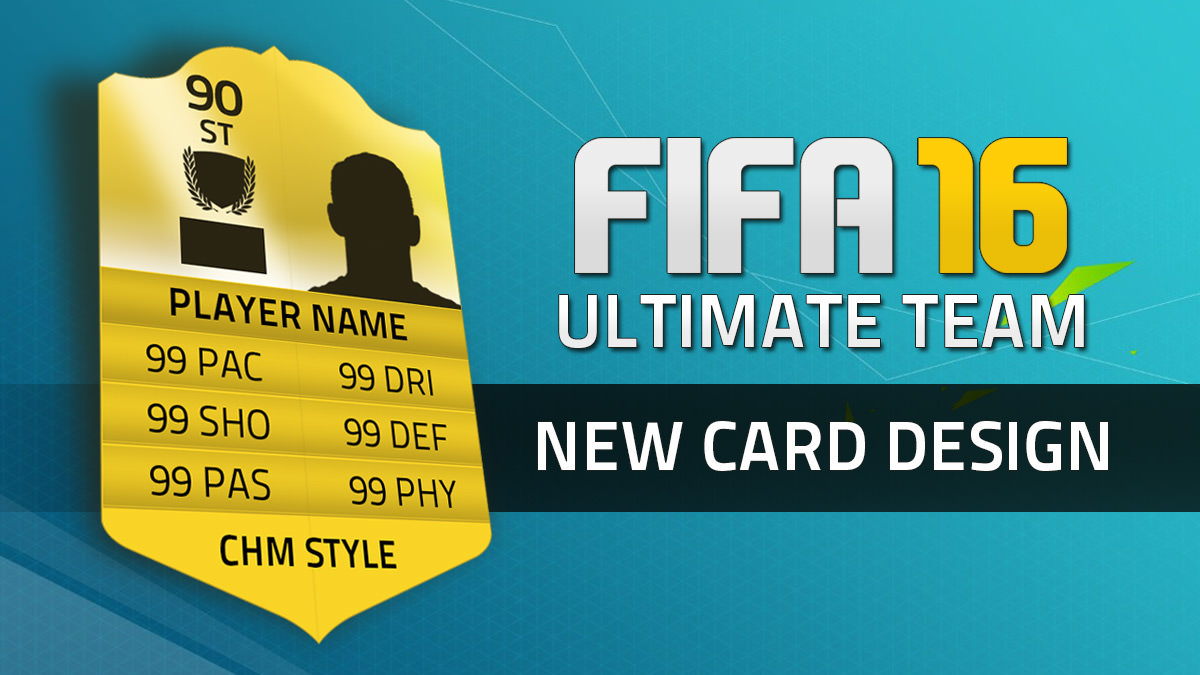 How do new FUT 16 player cards look like? Here we have a peek.

Based on Butragueno’s photo, we have re-designed FIFA 16 Ultimate Team new card (based on this legends card) and analysed its new look & feel. Here is the result: 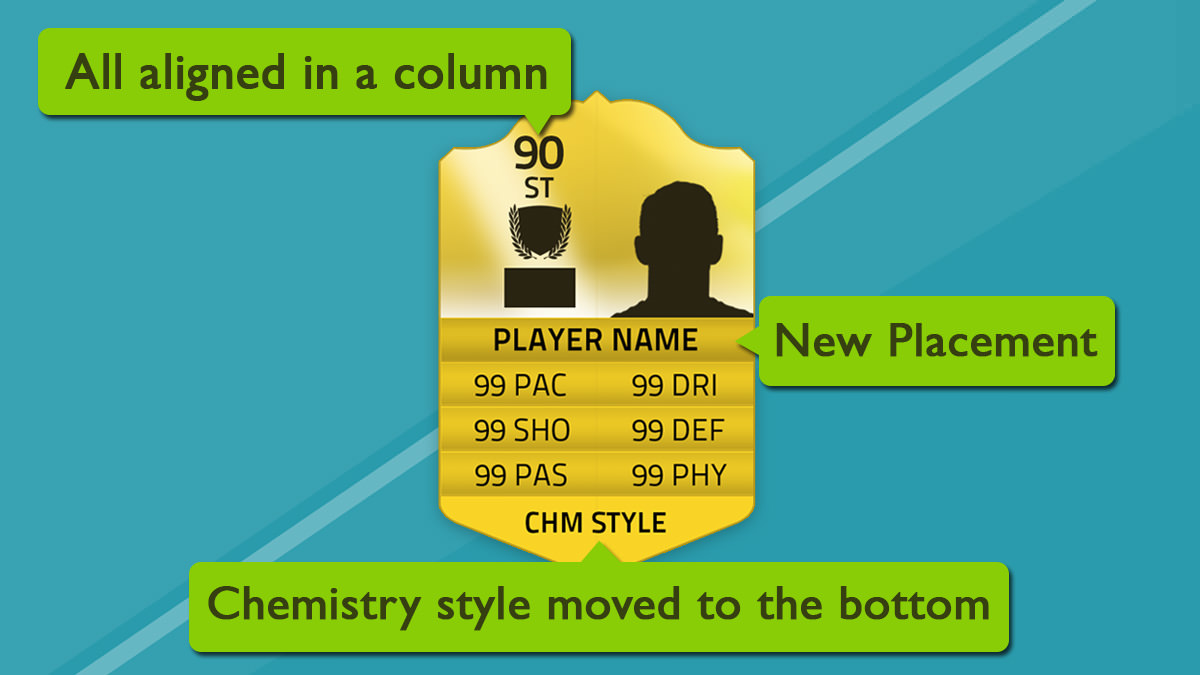 The Shape
As you can see above, the shape of the card is slightly different than the previous FUT cards. The hood (top of the card) has become longer. This current design is apparently for the legends, but it is expected that the layout of the normal player cards follow the same shape. The other thing is the bottom part, which looks sharper than FUT 15 card’s shape.

Player’s Face and Rating
Player’s face, his rating, position, league’s logo and national flag are in a same place as FUT 15 card’s, but as you noticed, player’s info in that area are now aligned in one line next to the player’s face image. This makes the card look neater and less messy.

Player’s Name Move Up
Player’s name has been moved below the face & info row. Which design-wise makes more sense. The new placement is more eye-catching than before and helps you find the player name easier than before when you are looking at cards in card stacks like in Transfer Market.

Chemistry Style to the Bottom
Chemistry Style is an important factor in FIFA Ultimate Team, but player’s rating and name have higher priority than it. So the new design brings more balance for your eyes to catch the data you need to look for as CHM Style moved all the way to the bottom.

How About the Other Cards?
FUT 16 cards will be following the same standard and layout. As mentioned above, this is just a preview and a redesign for the player cards as it has been revealed by EA. More details on player and other cards will be published soon once they have been officially revealed.