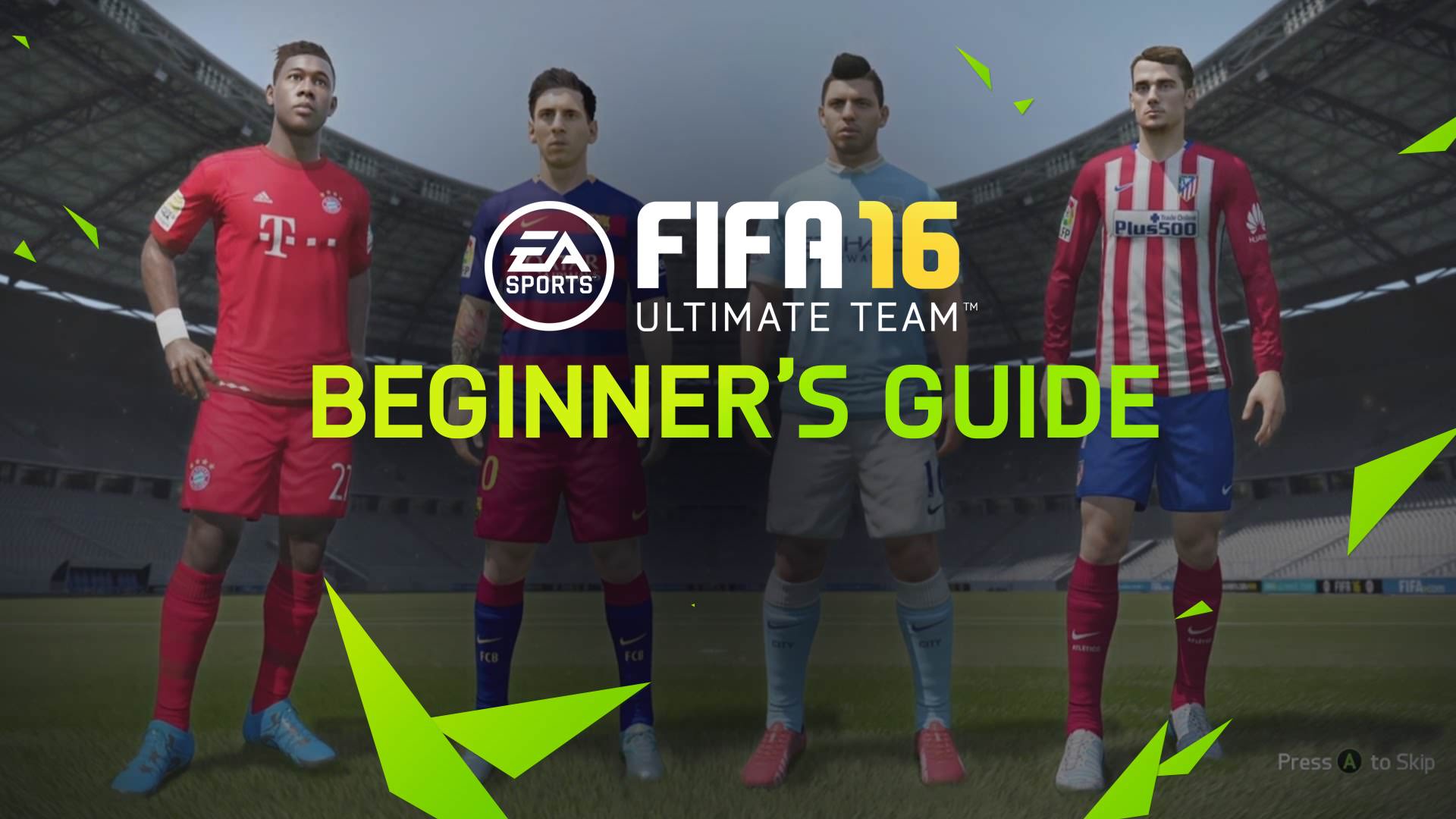 For those that religiously buy into each new edition of FIFA, the ways of Ultimate Team (FUT) will be second nature. Some will have been trading up and organising their squads since the mode first debuted in FIFA 09, others might just have a single season under their belt, but all know the drill and are quick to apply their hard earned knowledge in the pursuit of future glories.

There will be some of you, however, who are new to FUT. Not necessarily new to FIFA, of course. Perhaps you’re a veteran mates-on-the-sofa type of player; one that’s quietly battled against a select group of friends; winning trophies, promotion and acclaim from the sidelines, but is now eager to try something different, deeper and potentially more satisfying.

The good news is that in terms of the proverbial match day experience, Ultimate Team doesn’t differ too much from whatever FIFA mode you know and love, save for one fundamental distinction – it is a means to win glory via a team of your own making, rather than one that’s been foisted upon you by real world circumstance.

Playing a FUT campaign for the first time can be a daunting prospect. You might hear it likened to a sticker album or fantasy football, which makes it seem innocuous enough, but then you’ll be assaulted by concepts such as Chemistry and acronyms like TOTW, whilst having countless well-meaning formation guides thrust at you.

Away from the familiarity of enduring team colours, transfer windows and century-old league and cup competitions, the immediacy and ever-changing nature of FUT’s ‘what if’ tinkering can easily overwhelm and force a retreat back to the relative comfort and stability of FIFA’s stalwart Career Mode,

Hence the existence of this guide, which like a hopeful halfway-line hoof from Charlie Adam, aims to place you in the Ultimate Team onion bag without having to do all that unnecessary to-ing and fro-ing across the rest of the pitch.

When you select FIFA Ultimate Team for the first time you will be asked to select a high profile captain to take you through FUT’s most important and misunderstood concept, Chemistry. We’re going to gloss over it, as you need know only the basics – which is that, if adjacent players (ideally in their optimum positions) have good “links” between them – specifically that they share the same nationality or currently play for the same club or within the same league – the overall Chemistry rating in your team will increase. Essentially, the better the Chemistry between your players, the better your team will perform in game, which you may notice in effect when you play your first FUT game.

You likely won’t notice much Chemistry between your players during your second game because there won’t be much of it to go around. That’s because, rather cruelly, your team of perfectly-aligned star players will be substituted for a randomly-issued bunch of relative misfits from League 2 and the Hyundai A-League. It’s a bit of a step down after controlling the likes of Messi, Bale and Ronaldo, but that’s what you’re here for – to build an ultimate team, not to have one handed to you on a plate.

A Club of Many Squads

If you still have your team on screen, you’ll notice three familiar groups of players, your subs bench and reserves along the bottom of the screen, with the selected matrix of outfield players at the top, likely still in a default 4-4-2 formation (with a couple flagged as out of position) and many Chemistry-enhancing links coloured red or orange. If you have the urge, feel free to shuffle players around to see how your team’s Chemistry rating changes, but don’t get too obsessed about colouring lines green just yet as you need to advance the game, which takes you to the hub of Ultimate Team, FUT Central, from where you’ll be acquiring players, trying to offload others and working to get your club and its ever-changing roster of squads as far up the rankings as possible. 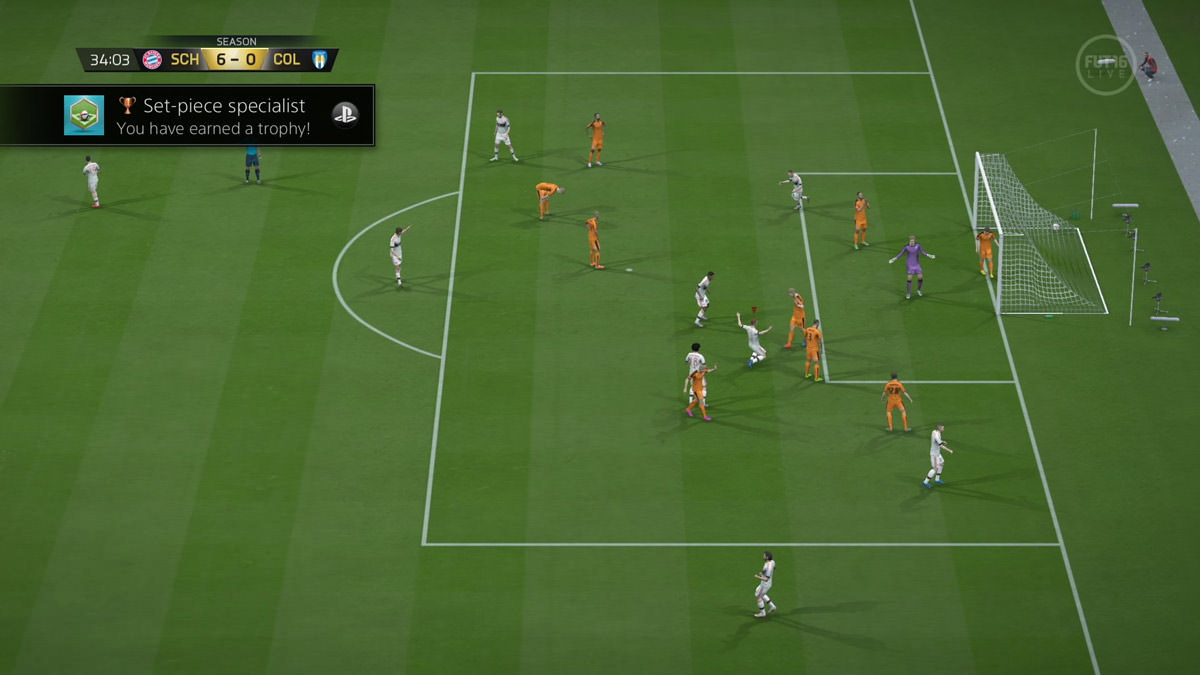 Incidentally, the terms ‘club’ and ‘squad’, both of which start out confusingly with the same pre-selected name, are not interchangeable. As you might expect a squad is a playing unit, which is to say the selected outfield team, plus subs and reserves – 22 players in total, while the club represents the sum of your players, whether they have been assigned to a squad or not.

While the number of squads you can have is limited, it is by no means limiting. To start out with though you’ll have just the one, made up of your best (and only) players (many of them Bronze, with a rating of less than 64), but as the club roster grows with new Silver (65-74) and Gold (75+) player acquisitions from the Transfer Market and from Store item Packs, you’ll develop squad variations based around different strategies, formations, Chemistry links or any other criteria you deem useful. Indeed, you may quickly end up with enough squads to fill an entire league of their own, with your star players likely figuring in many of them simultaneously. What is important is that all your squads operate under the banner of your soon-to-be glorious club, with its Frankenstein collection of Club Items (strips, badges, grounds and match balls).

By far the most obvious deviation from real-life soccer in FUT is how footballers and resources are acquired and transferred.

There are two Ultimate Team currencies, Coins and FIFA Points. Coins are earned simply from playing matches and competing in tournaments and seasons. The formula that determines how many coins a player receives is complicated, but essentially, winning pays out more than losing, but not so much more that a losing streak will reduce your ability to field a decent team.

Coins can also be earned – and can only be spent – in the Transfer Market, where players, consumables and club items are bought and sold. If you have a player that no longer fits the club, or you have a kit you wish your players never to wear, or a surfeit of consumables that can increase fitness levels, reduce injury time or add to the number of matches a player is contracted to appear for your club, you can put them up for auction. Likewise, if you’re in need of physical defensive midfielder, a quick fix fitness boost or have a player who’s ineligible to play, the solution will be readily available via the Transfer Market – for a price.

If you want to experience the full range of fantasy footballing options in the game, you can always lose yourself to the thrill of cracking upon Bronze, Silver and Gold item Packs from the Store, all of which can be acquired with the requisite stack of Coins, or, if you feel the real world investment is worthwhile, with some FIFA Points. Item packs are always a lottery, but if the gods see fit to award you with a card that is much in demand, it could earn you a decent stack of Coins from the Transfer Market with which to pursue a more targeted acquisition strategy.

To begin with you won’t have the Coins to extend your squad beyond a dozen or so reserves (a top, top Gold player will command a fee of 20,000 or more), but with a healthy appreciation of the Chemistry system, a Coin Reward Boost or two (bought from the Catalogue) and some canny acquisitions, you can easily assemble a side able to punch above its weight.

Don’t get too attached to the players your support on a weekly basis when looking to assemble your Ultimate Team. Look at the players you’ve been given and what links they share. You may find you have a nucleus of a side based around some decent Serie B players, that you can add to with some Silver-backed natives from Serie A. Before you know it, and with just a few thousand spent, you’ll have a club challenging for the Division 6 title in no time.

Similarly, don’t get too close to the players you were issued, even if they’ve served you well. Many have little or no value and you don’t want to be wasting time trying to sell players on the Market that no one will ever buy. Cut them loose, get what little you can and spend the time looking to better your club instead.

Finally, do those Manager Tasks (change club name, etc). Not only will they earn you a shiny Gold item Pack for completing them, you’ll learn about some of the more obscure consumables and items that will help boost individual player and team performance.