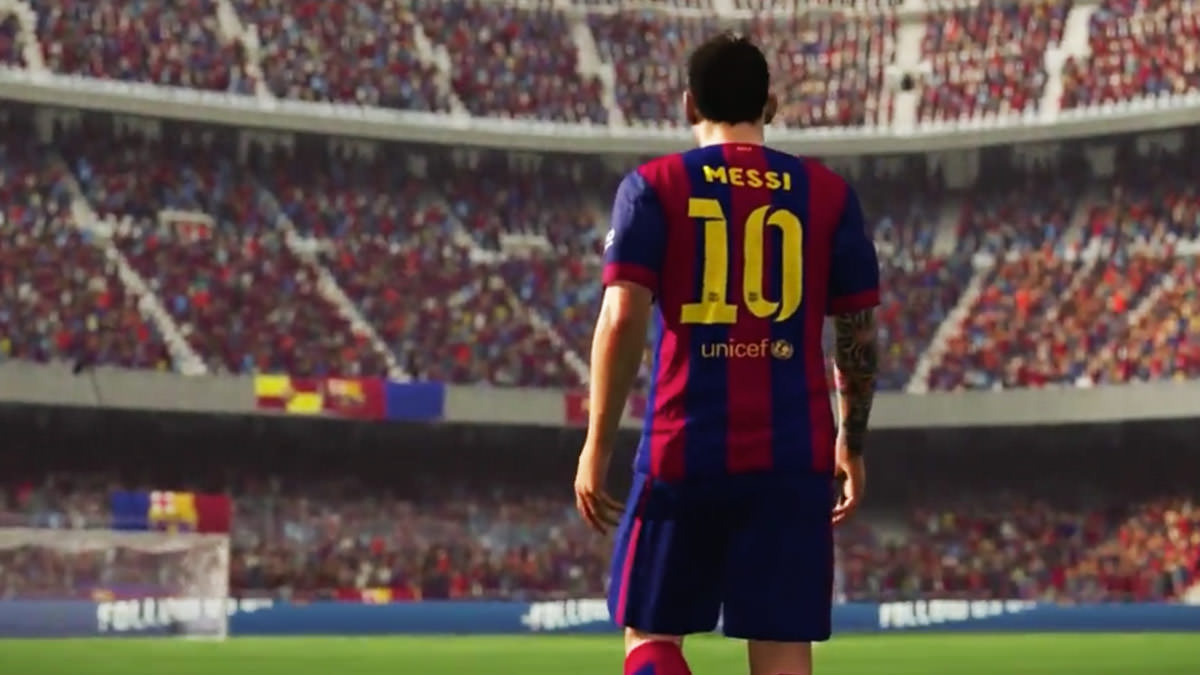 In a teaser tweeted by EA Sports FIFA, you can see Messi walking on the field in Barca’s Camp Nou stadium. Here are the information you can extract from the teaser:

Messi, The Main Cover Star
Like previous years, Lionel Messi will be most likely the main cover star of FIFA 16. In the screenshot above, you can even see Messi’s tattoo which he it got very recently.

Beautiful Football
It looks like that FIFA 16 tagline is the “Beautiful Football”. We couldn’t guess who is saying it at the end of this teaser, but probably he is one of the FIFA 16 stars.

Gameplay Improvement
Probably, the gameplay which will be shown on June 15th will be focused on the gameplay improvements in FIFA 16. Perhaps, better physics, players moves, pitch details and etc.

We will be covering all information and details on Mondays’s event here at FIFPlay. So, get ready for the first hand news, screenshots, trailer and details on FIFA 16 on June 15.