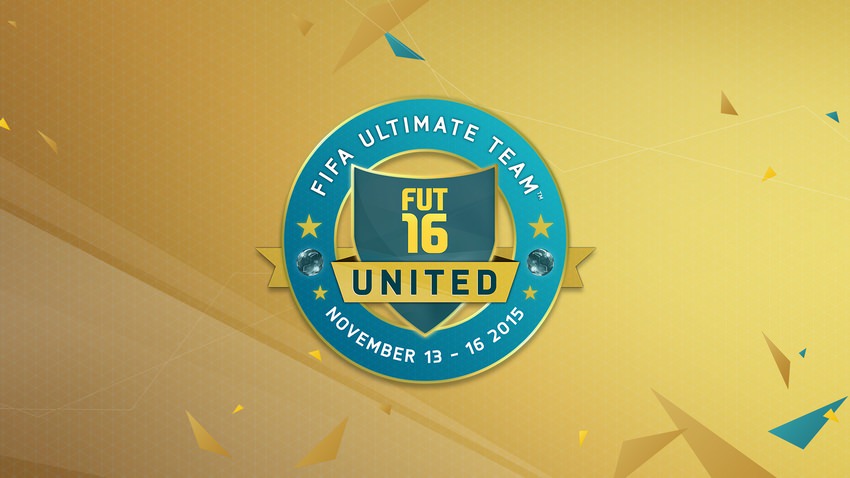 By playing a FUT match this weekend (Fri Nov 13th to Sun Nov 15th) you will have a chance to win a trip to watch 3 Premier League matches.

How to Enter?
Simply play and win a match in FIFA 16 Ultimate Team (Mode’s introductory match, Seasons, Tournaments, Challenges – online and offline – FUT Draft matches do not count for this contest) on PS3, PS4, Xbox 360, Xbox One or PC, between 7pm GMT on November 13, 2015 and 11:59pm GMT on November 16, 2015. You will be automatically entered if you play a FUT match. 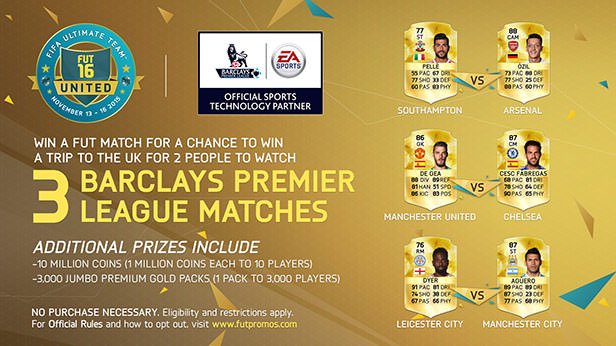 
Prize Eligibility FUT United 16 is open only to legal residents of Austria, Bulgaria, Canada (excluding Quebec) Chile, France, Germany, New Zealand, Norway, South Africa, South Korea, Taiwan, Thailand, United Kingdom, the United States (including the District of Columbia and excluding Florida and New York) who are at least as old as the minimum age of majority in the jurisdiction from which they enter the Promotion.

What is FUT United?
FUT United is a special promotional weekend in FIFA Ultimate Team that EA does twice a year (usually in middle of November and February) which gives FIFA fans a chance to win a trip to the UK to watch Barclays Premier League matches and the opportunity of either winning free coins or free packs. During a FUT United weekend, EA also makes some special promo packs available for purchasing, FUT United online and offline tournaments also are available during the FUT United weekend for playing.

FUT United Tournaments
FUT United has also special tournaments with bonus such as coins and packs. The requirements for entering the FUT United tournaments are usually exact Team Chemistry of 100 – Difficulty: Professional. For more details check out FUT 16 Tournaments.