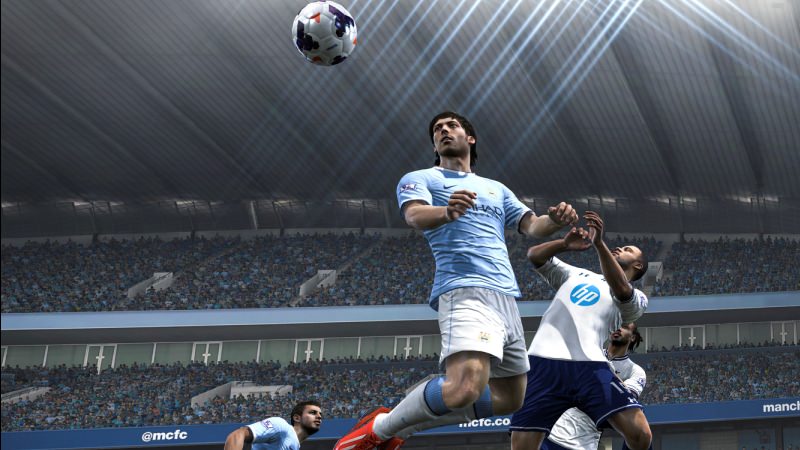 Manchester City FC is has announced that it has renewed its award-winning partnership with global video games company, Electronic Arts Inc, reaffirming EA SPORTS as the Club’s official gaming partner.

The alliance has been a big hit with fans over the last two years and has witnessed a number of innovative collaborations between the parties.

The three-year extension was announced today in Hong Kong as part of City’s summer pre-season tour and will enable City to continue reaching its global network of fans via digital content.

The partnership has brought City fans closer to the action than ever before with FIFA gaming pods installed in the Etihad Stadium’s Family Stand and an EA SPORTS Blue Zone – an experiential gaming hub – in the heart of the club’s pre-match fan entertainment area, City Square.

Hospitality guests on match-days have also been catered for via the creation of a bespoke EA SPORTS ten-seat box, complete with luxury gaming chairs, a 42” LED screen, gaming consoles and all of the latest EA titles.

Most significantly away from the pitch, has been the Club’s rapid growth in global popularity within the FIFA series.

Commenting on the partnership, Tom Glick, Chief Commercial and Operating Officer for Manchester City Football Club said: “EA SPORTS is one of the best known brands in the world, not only within the games industry, but also among sports fans the world over. Proof positive of the appeal to our supporters is that registrations among City fans for FIFA 13 – one of the all-time top selling global games – has way exceeded the 400,000 mark. This is a remarkable figure and is testament to the strength of this now established partnership.

“We are extremely proud of what we have accomplished together over the last two years and even more excited about what we can continue to achieve together in the future.”

Dan Holman, Head of UK Product Marketing EA SPORTS added: “We’re delighted to be extending our partnership with Manchester City. The Club has proved themselves to be forward thinking in their approach, with a willingness to expand and digitise their partnership efforts through EA SPORTS FIFA. This has proved a huge success and we’re only too pleased to be able to continue our relationship.”