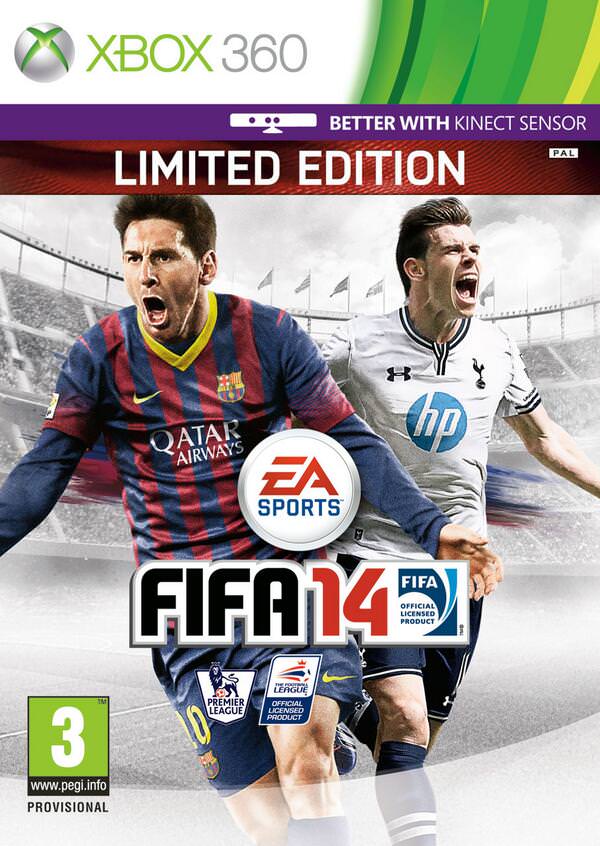 Tottenham Hotspur superstar Gareth Bale will make his debut on the cover of FIFA 14 in the UK, Ireland and Middle East when the game launches this September. Landing the cover is a thrill for Bale, who has been a fan of the FIFA franchise for over a decade.

“The players on the front cover since I was a kid have obviously been legends of the game,” says Bale. “It’s a great honor for me and I’m very proud of it.”

The two-time PFA Player of the Year is one of the Barclays Premier League’s most accomplished talents and widely regarded as one of the best players in the world. Bale will join Barcelona and Argentina star Lionel Messi on the FIFA 14 cover.

EA Sports captured Gareth Bale’s free kick technique via motion capture and this will feature in FIFA 14. Bale was also filmed performing a series of athletic drills, passes and shots to capture his likeness and to showcase features such as FIFA 14’s Pure Shot, which allows for new and rewarding ways to score.

Bale, who was awarded the Best Young Player of the Year for the 2012-13 season will also serve as an EA SPORTS Football ambassador.

UK customers can buy the Limited Edition exclusively from GAME to receive 24 FIFA Ultimate Team Premium Gold Packs and a host of other free content* – but only if you order before 1st August 2013.