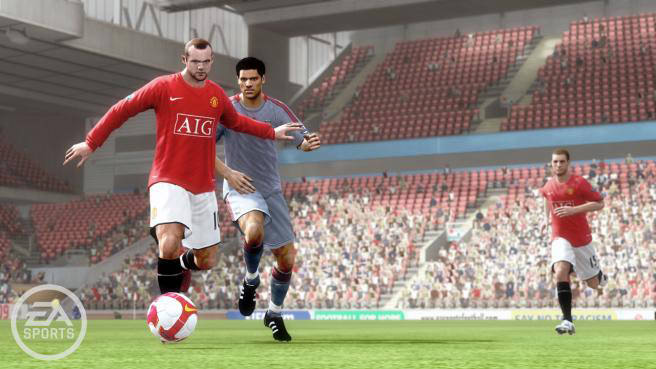 On the heels of winning 25 international gaming awards with FIFA 09, Electronic Arts Inc. today revealed the first features for its top-selling football franchise from EA SPORTS. Responding to consumer feedback from more than 275 million online games played, FIFA 10 will deliver a new standard for authenticity with gameplay refinements and innovations that will make it the most complete and intelligent simulation of football.

On the pitch, critical gameplay fundamentals have been enhanced to ensure that FIFA 10 mirrors real-world football, providing more sophisticated ball control, and physical interaction between players. In addition, players now move, behave and position themselves more realistically. On attack, players analyze space more effectively, curve their runs in an attempt to stay onside, create passing lanes naturally, and drive for more variety in attacking options. On defense, new concepts like position priority enable defenders to multitask so dangerous spaces left open by teammates out of position are covered. Plus, slide tackle targeting, press marking, and better-urgency clearance logic provide new options that make defending a tactical skill in FIFA 10. In goal, a myriad of improvements and refinements to goalkeeper intelligence result in a more responsive and powerful rushing system and ultra-realistic saves.

“We have benefited from 275 million games played online to refine FIFA 10 in a way that matters most to our fans”, said Andrew Wilson, Vice President & Executive Producer for the FIFA franchise. “We listened and responded to their feedback to improve player control, responsiveness and intelligence and create what we believe is the world’s most authentic football video game.”

Listening to feedback and addressing gamer frustrations has become a key part of the EA SPORTS strategy to improve the FIFA franchise on an annual basis. Better balance on lofted through balls, improved goalkeeper intelligence, more realistic shooting mechanics with less shots hitting the goal posts, a practice arena to perfect skills, and a more immersive football experience through continuous play and quick free kicks are just a few of the issues raised by fans and addressed in FIFA 10.

Three new innovations revealed today have been developed to change the player control experience in FIFA 10. The first-ever true 360 dribbling system gives players finer control of the ball, enabling them to find spaces between defenders that previously were not possible. Using an all-new animation technology, skilled dribblers now have the ability to face the defender and use highly responsive lateral dribbling to skip past him. An innovative concept called Freedom in Physical Play enables players to perform wider dribble touches and new collision sharing creates a varied, less predictable, and extended fight for possession between the dribbler and a defender. 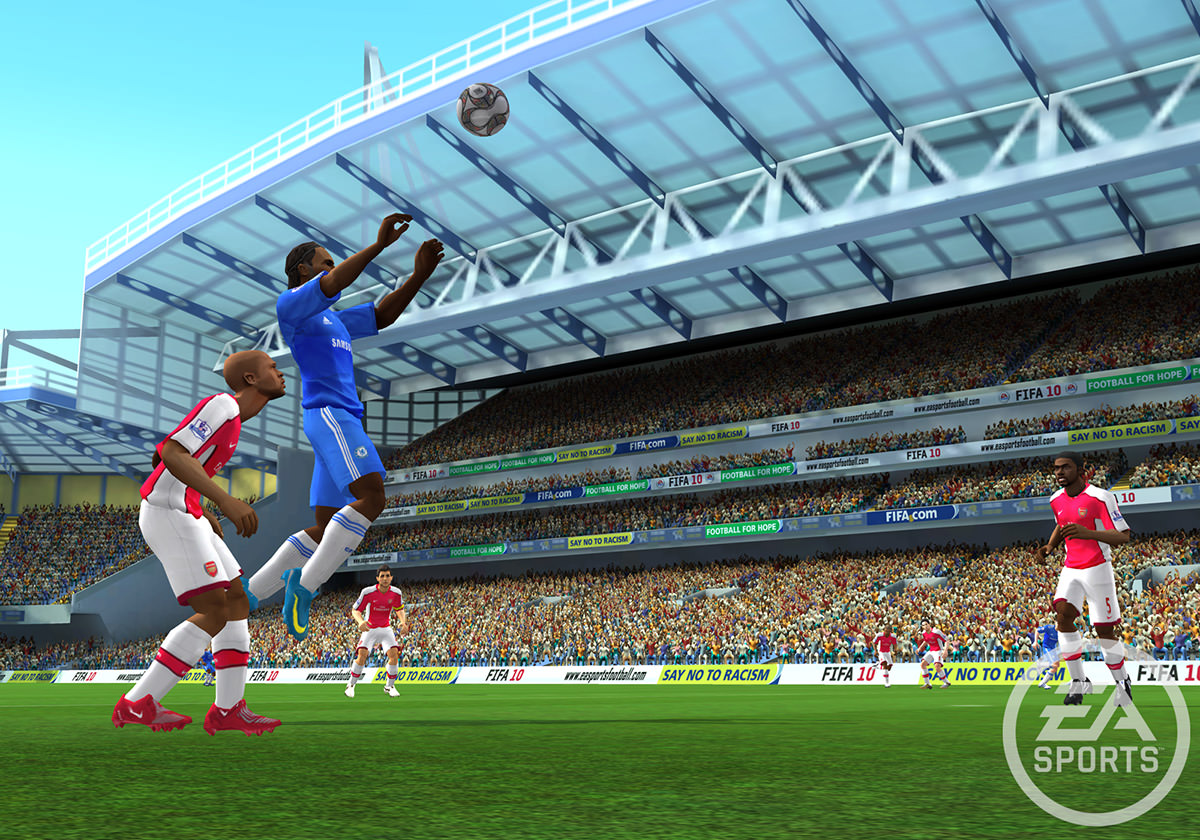 New game modes, and innovations to popular features like Be A Pro, will be revealed in the upcoming months.